Celta could stick the boot into Real crocks 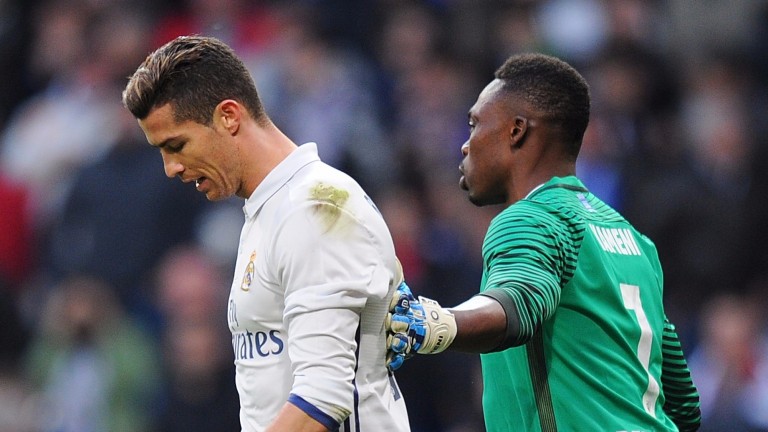 If their nerve holds, there is no reason why Celta Vigo can’t complete a Copa del Rey hatchet job on mighty Real Madrid.

A shock 2-1 win for the Galicians at the Bernabeu last Wednesday has put Eduardo Berizzo’s outsiders in the box seat ahead of the second leg of this quarter-final tie.

To make Celta’s prospects look even brighter, Real will be a long, long way from full-strength with injuries starting to bite.

Marcelo and Luka Modric are the latest casualties, picking up knocks in the 2-1 win over Malaga. They have joined an absentee list already featuring Pepe, Gareth Bale, James Rodriguez and Dani Carvajal.

More than ever then, Real will be looking to Cristiano Ronaldo, though the Portuguese world footballer of the year has been hugely disappointing in recent games, with his body language suggesting he’s somewhere between ‘can’t be bothered’ and ‘desperate for a move’.

Ronaldo also didn’t train on Monday as he is troubled by a foot injury.

For Celta, therefore, this is a golden chance to make the semis and their record at Balaidos this season is more than decent. They have lost just once at home since September and Seville are the only team in that time to have stopped them from finding the net.

Clearly, Real could make a mockery of any upset theories but they aren’t turning on the style at the moment and high-flying Celta represent solid opposition, especially with a lead to cling to.