Caven may struggle to brush away experienced Artist 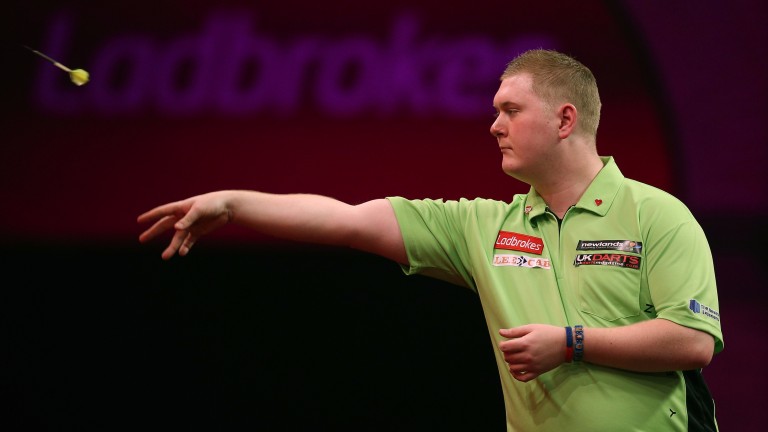 Caven v Painter Head-to-head: Caven leads 7-4
Today’s youngsters, who are utterly fed up with Leonard Cohen covers, Sainsburys ads and all the other dire contenders for Christmas number one honours, might like to bear in mind that us oldies remember Mr Blobby wearing the yuletide crown when Kevin Painter was making his world championship debut.

Yes, we suffered too, though thankfully, 22 years later, Noel Edmonds’ inane creation has been deflated while The Artist is still very much alive, kicking and aiming to jab Jabba into the festive long grass.

The seedings say Jamie Caven wins this one; the odds suggest otherwise, and it doesn’t look an easy match to call.

Both players have had terrible years – Painter’s not got past the last 16 of any event, Caven’s last four TV appearances ended at the first hurdle – though the former finalist’s experience and ringcraft ought to be decisive. Caven will want to get into a rhythm; the canny Painter won’t let that happen. Getting over the line could be an issue for either player, so consider the 7-4 it goes the distance.

J Lewis v McGowan No previous meetings
Mick McGowan was whitewashed by a Welshman 12 months ago, though he’ll be confident he can perform better against Jamie Lewis than he did against Mark Webster.

Lewis has made four visits to Alexandra Palace and is yet to win a match and while he boasts a lovely style he’s had a year to forget.

McGowan’s 3-0 loss to Webster last year doesn’t quite tell the whole story – each set went to a decider – and The Magnet, now fully fit and healthy, ought to be confident after reaching a Pro Tour semi and winning the Tom Kirby Trophy this autumn.

Anderson v Frost No previous meetings
There isn’t a lot to link Jyhan Artut, Jani Haavisto and Scott Kirchner, though they are three names who will have cost punters dear at the Palace.

All three have been first-round opponents of Gary Anderson over the past five years, all three were heavily backed to lose 3-0 and all three ignored the script. Can Mark Frost, aka Frosty the Throw­man, do something similar?

The reigning champion is 1-2 to whitewash the qualifier, who showed a semblance of form in a Pro Tour event in October, beating Jelle Klaasen and Kim Huybrechts to reach the semis. His fleeting stage appearances, however, have been nothing to write home about.

Anderson admits to being edgy in the early rounds, is still getting used to new specs and new darts and the 2-1 this goes to a fourth set is probably better value than the 1-2 that the Scot wins in three.

Basically, these are two players who have been largely off the boil in 2016 but both seem to thrive at the Palace.

Bully Boy, who made his name by toppling The Power on this stage, reached the quarter-finals last year – unfortunately it acted as the prelude to a year to forget.

Rapid Ricky, who reached a Pro Tour semi in September, can run Smith close in what could be a fast-paced classic.