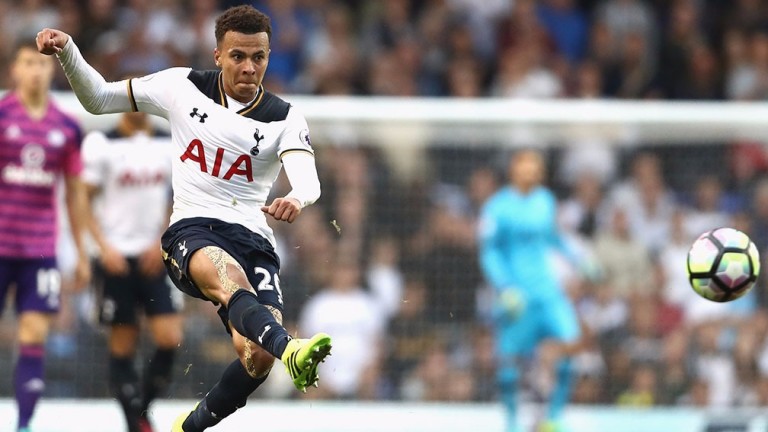 A lack of goals could yet prove to be Middlesbrough’s undoing this season but, despite a clamour from Teessiders to get more positive, expect the hatches to be well and truly battened down at White Hart Lane.

Boro fans are smouldering at what they perceive as their side’s tepid limp towards the bottom three but Spurs away probably isn’t the fixture for moody boss Aitor Karanka to throw caution to the wind.

He would argue that Boro are proving a tough nut to crack and if the Spaniard gets the customary effort and workrate from his side, they may not be blown away at White Hart Lane.

Middlesbrough’s desperate lack of goals means they are tough to fancy even at sky-high odds of 14-1 and, while Tottenham should put them away, it may not pay to bet on a massacre.

The draw-Spurs double result is worth considering – Boro have trailed just twice at half-time in their 11 away Premier League games – but Tottenham to win by a one-goal margin is preferred. Seven of Middlesbrough’s ten losses this term have been by the odd goal.

Middlesbrough’s problem is what to do when they fall behind. They’ve done so ten times this term, going on to lose eight and draw two of those fixtures.

Their critics (including their own fans) blame Karanka for fielding a one-dimensional trio in midfield and just one striker.

The manager would clearly like more options – last week’s transfer window rant suggests his hands are tied – but the upshot is that Boro are the lowest scorers in the top flight with 19 goals in 23 games.

They have bagged only eight in 11 on the road and are without a win in their last six.

Alvaro Negredo often cuts an isolated figure up front and some are wondering whether Stewart Downing should be deployed in central midfield to at least link up with the Spaniard.

However, they boast a better defensive record than either Liverpool or Manchester City and have conceded a mere 12 goals on their travels. Draws at Arsenal and Manchester City demonstrate that Karanka’s caution doesn’t always go unrewarded.

So Spurs, who weren’t particularly imaginative in Tuesday’s 0-0 draw at Sunderland, know that going through the motions won’t get the job done.

Their previous league home game was against a West Brom team who threw in the towel after about ten minutes and were spanked 4-0 – Boro should be a lot harder to break down.

Adam Clayton will have to keep Dele Alli under wraps while the visitors’ wide men know they will be tracking back far more than they will be bombing forward.

Spurs have won nine of their 11 at home so are hard to oppose despite their insipid effort at Sunderland.

Team news
Tottenham
Goalkeeper Hugo Lloris has recovered from an illness but
Danny Rose, Jan Vertonghen and Erik Lamela are out.

Middlesbrough
Gaston Ramirez and George Friend are sidelined but new signing
Adlene Guedioura can expect a debut. Calum Chambers is a doubt with a foot injury.