Philadelphia Eagles could have their hands full 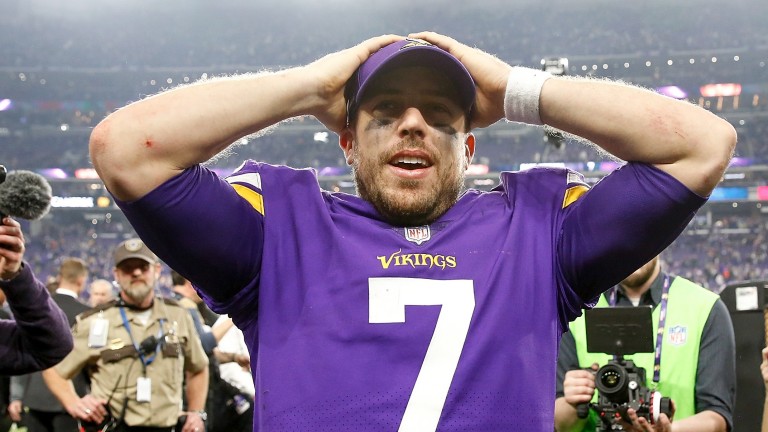 Plenty of things that occur on sports fields are described as "unbelievable" every weekend, but the events in Minnesota last Sunday was one of the few to justifiably deserve that tag.

The Vikings were dead and buried with just ten second to go against New Orleans before wide receiver Stefon Diggs's 61-yard touchdown that has been described as the Minneapolis Miracle which keeps their hopes alive of being the first team to appear in a Super Bowl in their home stadium.

Naturally, there have been suggestions their name is on the trophy after that dramatic success, but plenty of pundits have underestimated their opponents Philadelphia in the last month.

The Eagles hung on to the NFC's number-one seeding despite losing quarterback Carson Wentz to a serious knee injury.

His replacement Nick Foles was written off to the extent Philly were the first top seeds to head into a home playoff game as underdogs when they faced Atlanta last week, but the Eagles still bagged a 15-10 success.

The Vikings have their own back-up quarterback in Case Keenum, who would have started the campaign as third choice behind Teddy Bridgewater and Sam Bradford had Bridgewater been fit.

He had a poor record before taking the helm but there can be few complaints from his performances this season as only New Orleans' veteran Drew Brees has completed a greater percentage of his passes.

There are two reasons why the points total is below 40 and firstly it is understandable as the Vikings had the regular season's meanest defence and the Eagles were fourth in terms of points conceded.

However, it could be the two quarterbacks have been underrated and while Foles will have to be at the to of his game to punch his way through the Vikings rearguard, there is enough to like about Keenum's game to suggest the visitors can go over 20 points.

Team news
Minnesota
Wide receiver Adam Thielen is questionable with a back injury while the Vikings are hopeful safety Andrew Sendejo will clear concussion protocol in time.

Philadelphia
Linebacker Dannell Ellerbe has been limited in practice by a hamstring injury and is questionable. Cornerback Sidney Jones (hamstring) and linebacker Kamu Grugier-Hill (ankle) are fit.