Caroline Garcia's hard work could be rewarded in Rome

Simona Halep could be focused on Roland Garros 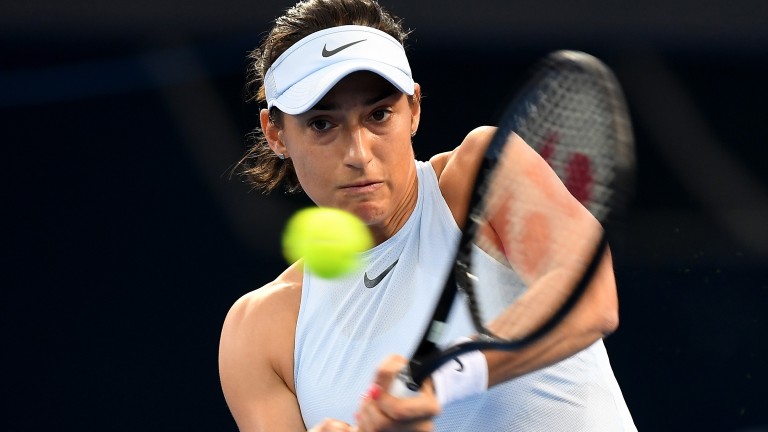 Caroline Garcia has been a model of consistency on clay in recent weeks and her excellent performances could be rewarded with silverware in the Italian capital.

The French Open, the second Grand Slam event of the season, is just a week away and Garcia will be desperate to maintain her form heading into her home major, which makes her a fascinating contender in Rome.

The French seventh seed impressed when making the semi-finals in Stuttgart in April and followed up with another run to the last four in Madrid last week, showing she has no problem following up a positive effort.

Garcia has a first-round bye which will allow her some precious recovery time before a potential second-round showdown with Sara Errani, who she leads 5-2 in their personal series.

Top seed Simona Halep could be waiting in the quarter-finals but she may be focused on breaking her Grand Slam hoodoo at Roland Garros, while potential last-four opponent Garbine Muguruza retired early in Stuttgart and looked short of her best when losing to Daria Kasatkina on home soil in Madrid.

Garcia made the quarter-final of the French Open last season, illustrating she is one of the finest slow-court players on the circuit, and still has plenty of improvement left in her at 24.

Last week's Madrid Open champion Petra Kvitova has withdrawn from the tournament and the bottom half of the draw looks up for grabs, with Karolina Pliskova probably the most convincing having triumphed in Stuttgart before holding her form with a run to the last-eight in Madrid.

In the men's event, Novak Djokovic is long odds-on to beat Alexandr Dolgopolov as he returns to action after his defeat by Kyle Edmund in the second round in Madrid.