Carlisle may struggle to land hat-trick of victories 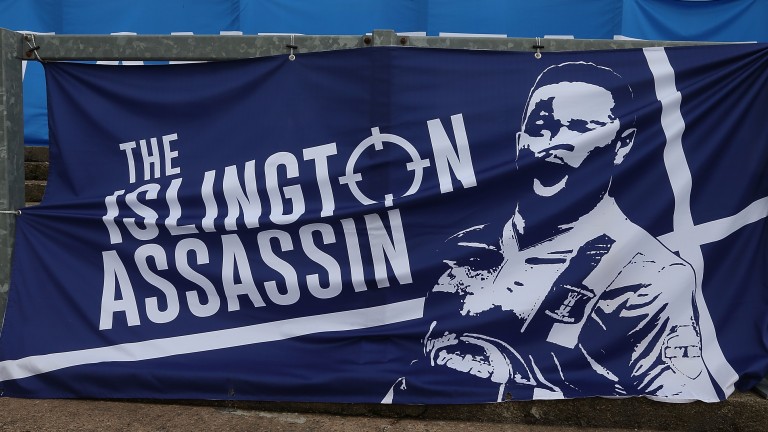 Carlisle won both regular-season matches against Exeter but they could struggle to land the hat-trick when the sides meet again in their Sky Bet League Two playoff semi-final first leg at Brunton Park.

Last week's match in Devon should have little bearing on this outcome as Exeter had already secured a playoff spot and there was clearly more motivation for Carlisle, who repeated their 3-2 success from November.

However, on that first occasion Exeter were the better side and led 2-1 after 89 minutes before a late collapse. Charlie Wyke scored twice for Carlisle and his subsequent sale to Bradford in the winter transfer window has clearly hurt the Cumbrians.

Wyke remains Carlisle's top scorer on 14 league goals and the next best, 12-goal Jabo Ibehre, is rated doubtful along with nine-goal Jason Kennedy which could make life tricky for Keith Curle.

Carlisle's record with Wyke starting was won 12, drew eight and lost only three but since his departure their win ratio has dropped from 52 per cent to 35.

Curle's tactic will be to aim balls up to big Jamie Proctor and also launch long throws to the target-man.

It's not always pretty but it did cause Exeter some issues in the match last week even if that clash was influenced by a controversial Carlisle penalty.

Visiting boss Paul Tisdale will have spent most of last week's game analysing Carlisle and interestingly Exeter lost the initiative after he switched to a four-man defence during the match.

If the Grecians go back to concentrating on themselves they have a massive goal threat from the right in David Wheeler as well as striker Reuben Reid, who notched in both games against Carlisle.

Exeter like to attack but they are not a one-trick pony and Tisdale's decision to replace first-choice keeper Bobby Olejnik with young Cristy Pym has enhanced the side.

Pym has been on the losing team in only six of his 21 outings and Exeter can at least avoid defeat again.

Team news
Carlisle
Jabo Ibehre and Jason Kennedy will be given until the last minute before a decision is made on their fitness. Both are struggling with Kennedy seen as a more likely starter. Mike Jones is sidelined.

Key stat
Carlisle finished the regular season with a goal difference of plus one - the worst of any top-half finishers in League Two.