Cardiff v Liverpool: Betting preview, tips and when to watch

Back Jurgen Klopp's Reds to make a fast start against Bluebirds 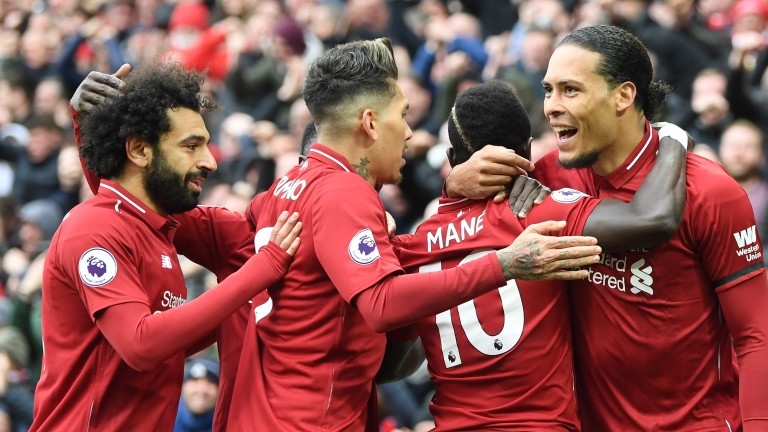 Liverpool are hot favourites to win at Cardiff in the Premier League
Getty Images
1 of 1
By Steve Davies 8:00PM, APR 20 2019

Cardiff’s record against the Premier League’s big boys is nothing short of abject and no matter how desperate the Bluebirds are for points it’s hard to see them picking up any against Liverpool.

Manager Neil Warnock has overseen ten games this season against the top flight’s big six and all ten have ended in defeat.

Granted, they came agonisingly close to breaking that duck when they led Chelsea 1-0 at the Cardiff City Stadium a couple of weeks back only to succumb to two late goals.

But even with the whiff of survival now in their nostrils following their win at Brighton on Tuesday, Warnock’s stated ambition this afternoon is still “not to get a battering”.

The layers think he won’t get his wish judged by 1-5 quotes about Jurgen Klopp’s charges, who head for Wales four days after a consummate Champions League night in Porto, who they beat 4-1 to make the semi-finals.

That Cardiff are 17-1 to win a home game is pretty remarkable, especially when they have won six times in front of their own supporters this term.

But their record against the top teams is impossible to ignore and with Klopp able, once again, to field his golden front trio and no injury issues elsewhere, the away win seems almost a certainty.

So too does a fast start, which is why Coral’s 6-5 that the Reds are leading after 30 minutes appeals. They have done that on 17 occasions in the top flight this season including in the 4-1 drubbing they meted out to Cardiff at Anfield in October.

Klopp’s holy trinity of frontmen dominate first-scorer betting and all three are in form.

Mohamed Salah has notched three in his last four games after a quiet spell while Sadio Mane has bagged ten in his last ten outings. Those two plus Roberto Firmino have between them scored 49 league goals, which is more than the majority of Premier League teams have mustered.

The Reds are on a run of eight straight wins and haven’t lost in 17 fixtures since an FA Cup tie at Wolves.

They have scored at least two goals in each of their last eight and that should sound alarm bells with Warnock whose team has leaked 33 goals at home, more than any other top-flight team.

Once upon a time it was a failure to see off the division’s lower-ranked teams which would cost Liverpool. This season, having taken 49 points out of a possible 51 against bottom-half opponents, that’s clearly no longer an issue.

The Cardiff manager has every reason to fear the worst.

Team news
Cardiff
Harry Arter, Sol Bamba and Callum Paterson are out, while Aron Gunnarsson is a major doubt.

Liverpool
Dejan Lovren and Joe Gomez are in line to play. Alex Oxlade-Chamberlain could make the bench.

Key stat
Cardiff have lost all their ten games against the big six, scoring seven goals and conceding 31.