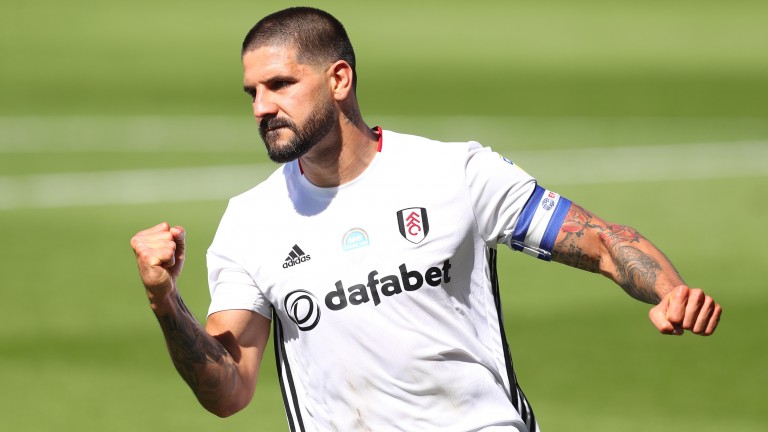 Cardiff
Isaac Vassell and Greg Cunningham remain doubtful but Neil Harris otherwise has a fully-fit squad to choose from.

Fulham
Southampton loanee Harrison Reed is back from suspension but Ivan Cavaleiro is a doubt.

Cardiff and Fulham were both relegated from the Premier League last season and the Cottagers look the better prepared of the two in their bid to secure an immediate return to England’s elite division.

Fulham offered little resistance in last season’s relegation - they collected just 26 points from 38 games - but manager Scott Parker has restored all the belief they had lost and their performances have improved as the Sky Bet Championship campaign has progressed.

The Cottagers (81 points) finished just two points shy of automatic promotion and eight ahead of Cardiff having lost only three of their final 20 league matches.

Two of those defeats came against champions Leeds and fellow playoff rivals Brentford and over the course of two legs they should have enough quality to take care of a Cardiff side they toppled 2-0 at Craven Cottage earlier this month.

Fulham were utterly dominant in their recent rivalry, winning the shots on target count 7-1, and a rematch behind closed doors at the Cardiff City Stadium is not as daunting as it should be.

Parker’s men have won at Forest and drawn at West Brom since the season’s restart, highlighting their defensive resolve with clean sheets in both, and they possess better attacking resources than the Bluebirds.

In Aleksandar Mitrovic, who topped the Championship scoring charts with 26 goals, Fulham boast the best striker in the division and he is supplied with excellent service from Anthony Knockaert, Bobby Reid and Josh Onomah.

Harry Arter, Tom Cairney and Harrison Reed are their deep-lying midfield options, and Fulham that creativity and extra strength in depth may give them the edge in what could be a tight contest.

Cardiff, who lost only three of their 23 league games on their own patch, are not opposed lightly but they have failed to utilise home advantage in meetings with Charlton and Blackburn within the last month.

The Bluebirds had the worst defence in the Championship’s top nine with 58 goals conceded in 46 games, and their only clean sheet in five outings came against relegated Hull.

Any defensive mishaps are sure to be punished by a Fulham frontline spearheaded by the prolific Mitrovic and they make plenty of appeal to claim a crucial first-leg lead.

However, it is worth noting that Cardiff shared the spoils in nine of their 23 home outings, so taking Fulham on the draw no bet market at 10-11 looks safer punting advice.

Fulham are unbeaten in seven matches, winning in five of those outings.