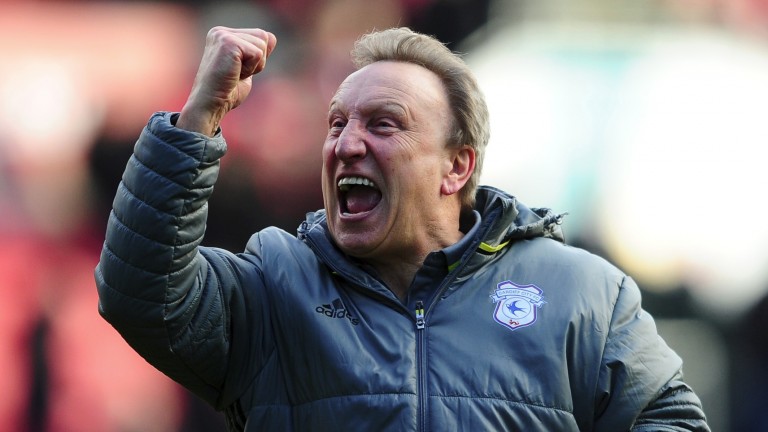 The scenario is simple for Cardiff: beat Reading and they will be promoted to the Premier League regardless of what result Fulham achieve at Birmingham.

The Bluebirds were dismissed as 9-1 shots for promotion at the beginning of the season, but Neil Warnock has worked wonders to turn them from mid-table also-rans into promotion contenders this season on a modest budget.

Cardiff have not slipped lower than fourth all season and have occupied a top-two position after 30 of the 45 matchdays despite suffering an injury crisis midway through January when Warnock had a complete first team on the treatment table.

But in the belligerent image of their manager the Bluebirds persevered and that persistence could see them promoted on Sunday.

They certainly couldn’t have wished for a better side to gain the crucial win against than Reading.

The Royals, beaten on penalties in last season’s playoff final at Wembley, have endured a terrible campaign and could be relegated if a number of results elsewhere go against them.

A superior points difference to Bolton, Burton and Barnsley as well as a better goal difference than Birmingham, with whom they are level on points, should help them survive but two wins in 16 league games hardly inspires confidence that they will gain anything from their visit to the Welsh capital.

Paul Clement’s men have conceded seven and scored none in their last two games and as was the case against Sheffield Wednesday and Ipswich, another hefty defeat looks to be on the cards.

Key stat
Cardiff have won 16 of their 22 home games this term.