Captain Kohli can star again for India with the bat 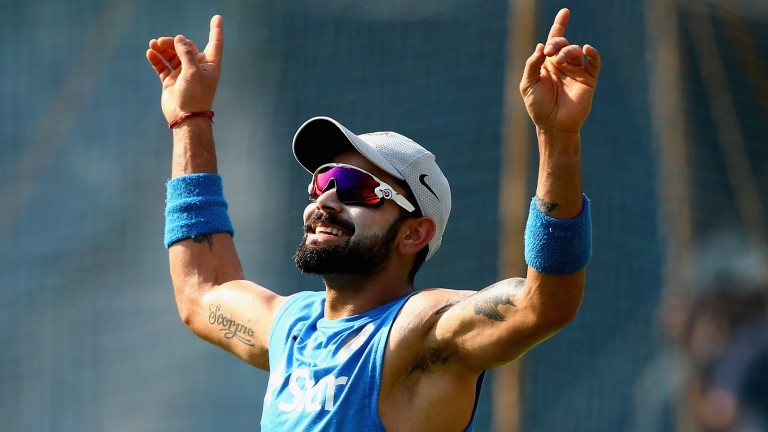 Virat Kohli is a master of the one-day run-chase but the India captain endured a taste of his own medicine in Sunday's first ODI against New Zealand in Mumbai.

With India batting first, Kohli scored his 31st century in his 200th ODI but a superb 200-run partnership between Tom Latham (103 not out) and Ross Taylor (95) steered the Black Caps to a six-wicket win.

New Zealand also gave a good account of themselves in last October's series in India, losing 3-2, and they are 9-4 to win the second ODI in Pune.

Trent Boult, who took four wickets at the Wankhede Stadium, will be eager for another crack at India's openers and Kohli looks the key to the home side's innings once again.

The skipper scored 358 runs against the Kiwis last year – over 100 more than any other batsman in the series – and in his last ODI in Pune, against England in January, he made 122.