Captain Morgan may provide spark for hosts in decider

Moeen Ali value to take most wickets for England in Leeds 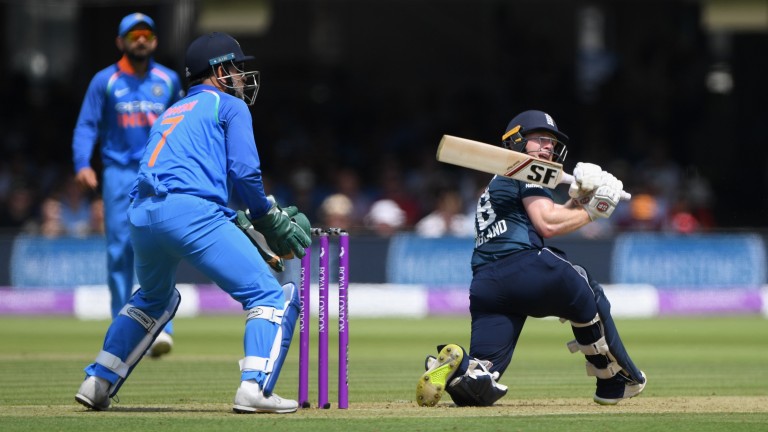 England and India are vying for favouritism for next year's 50-over World Cup and the heat is on when they meet at Headingley for the decisive third ODI.

After a chastening eight-wicket defeat at Trent Bridge, England rallied at Lord's on Saturday to set up a crunch clash in Leeds.

Bookmakers are expecting a tight contest with the home side slight favourites at 10-11 and India evens for a repeat of their 2-1 Twenty20 series victory.

Virat Kohli's side have won their last eight bilateral one-day series and, with a five-Test series starting on August 1 and the World Cup next May, England will be eager to snap that winning streak.

Best bets
England had just two days to learn their lessons from the heavy defeat at Trent Bridge but they put in a much improved display at Lord's.

Getting rid of Kohli, Rohit Sharma and Shikhar Dhawan relatively cheaply was a huge bonus, as at least one of the top three had scored a century in eight of India's previous nine ODIs.

Spinner Kuldeep Yadav, who took 6-25 in ten overs in the first ODI, conceded 68 runs on Saturday and looked less threatening despite picking up three wickets.

There was an element of good fortune about Kuldeep's strikes at Lord's. He bowled Jonny Bairstow off his pad and bat while Jason Roy and Eoin Morgan were caught in the deep off poor deliveries.

England were becalmed against India's spinners in Nottingham but skipper Morgan seemed determined to regain the initiative in the second game of the series.

The left-hander's positive footwork and typically sweet ball-striking against Kuldeep, Yuzvendra Chahal and Suresh Raina helped him to 53 off 51 before he holed out trying to hit a full toss into the stands.

With Alex Hales injured and Roy a doubt, Morgan should continue at number four and the Middlesex man has a fine one-day record at Headingley.

He top-scored with 107 against South Africa last May, made 92 against Australia in 2015, and has been batting well without nailing any big scores in recent weeks.

His 69 against Australia was the highest score of last month's first ODI and he blasted England's fastest one-day half-century in the second match at Trent Bridge, scoring 67 off just 30 balls.

Moeen Ali is another England player who enjoys ODIs at Headingley and the spinner looks to have been underrated in the top England wicket-taker betting.

Soaring temperatures and dry pitches are providing encouragement for spinners around the country and Moeen played a major role in the 5-0 win over Australia, taking 3-43 at The Oval, 3-28 at Trent Bridge and 4-46 at Old Trafford.

Bowling at India's batsmen is a tougher challenge for a spinner but Moeen has done well, dismissing Dhawan in the first ODI and pinning Kohli lbw in Saturday's game, when he leaked only 42 runs in his ten overs. The 6-1 about him being England's most successful bowler in Leeds is worth a bet.

Of the last ten completed ODIs in Leeds, five have been won by the team batting first and five by the chasing side. The dry summer means spinners are likely to pose more of a threat than usual.

Team news
Hales remains sidelined and Roy is doubtful after jarring his finger in the field on Saturday so Hampshire's James Vince could open the batting.

Bhuvneshwar Kumar remains a fitness doubt after missing the first two ODIs. Dinesh Karthik and Shreyas Iyer are options if India feel the need to rejig their middle-order.

Weather
Light cloud during the early afternoon with sunny spells as the match progresses, 22C.