Canning can reel in King to top charts

Galway ace ran away with the top-scorer award in 2015 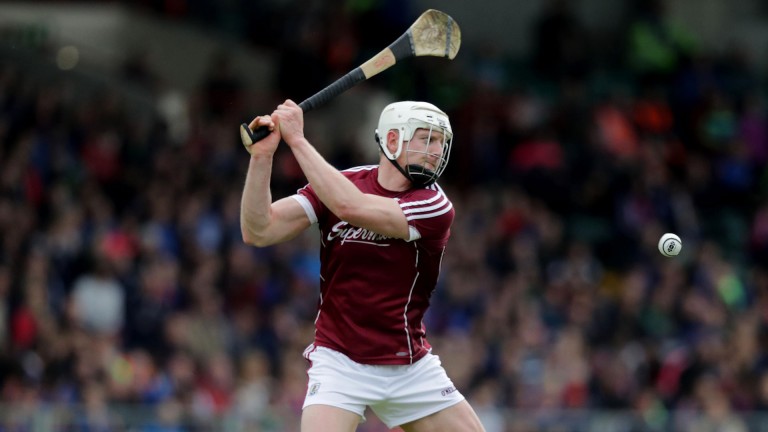 Ross King is setting a blistering early pace in the race to be top scorer but it is a marathon and not a sprint so expect the Laois sharpshooter to be reeled in by Joe Canning who looks great value to finish the campaign with most scores next to his name.

Laois have already played three games in the Leinster round-robin series and King has accumulated an impressive 0-34. He is now 5-2 joint-favourite with BoyleSports to top the scoring charts, alongside Seamus Callanan. He is guaranteed two more games, both of which are highly likely to end in hefty losses, and it is hard to envisage him getting any more than 0-50 before Laois are sent packing. That is a total that Canning can pass.

Galway are likely to have three games in Leinster. They begin the provincial campaign against Dublin in O’Connor Park on Sunday week, a game they are 2-7 to win with most firms. Dublin’s defence was fragile through the league and it would come as a surprise if Canning cannot notch at least ten points there.

Canning contributed 3-47 in Galway’s seven outings on the way to league glory and he looks ready to take the summer by storm. Micheal Donoghue seems to be getting the very best out of the Portumna star and he will be on the free-taking duties.

Canning ran away with the top scorer award in 2015, registering 5-55 in seven outings. He finished that campaign 16 points clear of Laois’s Zane Keenan in second. He might be made to work a little harder this time but odds of 4-1 are not a fair reflection of his chances of catching King. BoyleSports go 3-1 and even that might be generous. He should be favourite especially with an injury doubt hanging over Callanan before Tipperary’s Munster opener against Cork.

Sticking with Canning, it is hard to resist a chunky wager on him to win an All-Star award at 13-8 with BoyleSports – he is odds-on with Paddy Power.

Canning has already won three All-Stars, but he has matured over the last couple of months and could be the catalyst for a successful season for the Tribesmen. Galway’s Leinster opener against Dublin is live on RTE and that means all of their championship clashes are likely to be live on TV, something that makes a big difference when the All-Star conference is held.

Davy Fitzgerald has made an instant impact in Wexford, but of even more importance has been the superb performances of Lee Chin. He was a colossus during the league and odds of 7-1 about him getting an All-Star looks a few points too big.

The Young Hurler of the Year award is always a competitive affair and Austin Gleeson did the double last year, but surely Conor Whelan should be shorter than 3-1. He is now one of Galway’s main men and, if he carries on from where he left off in the league, it will be hard to look beyond him