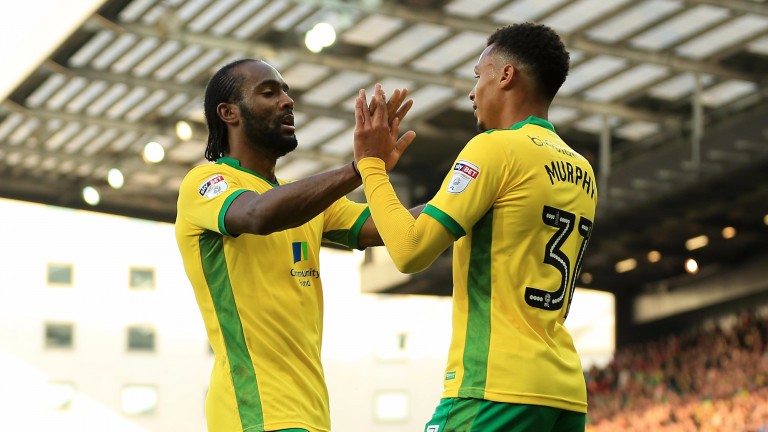 Norwich have been dodgy travellers in recent months but they should be backed to cure their travel sickness at the New York Stadium.

Alex Neil's men beat Rotherham 3-1 in the Sky Bet Championship at Carrow Road in October and should land the league double.

The gulf in quality between the sides is not fully highlighted by the prices and Norwich fully deserve to be odds-on for this road encounter against the second tier's bottom club.

Rotherham, 12 points from safety and knocked out of the FA Cup by Oxford last week, already seem to be planning for life in Sky Bet League One after allowing players to leave this month.

The Millers have found it particularly tough against the better sides in the division, losing all 13 league matches played against clubs currently in the Championship's top half. They have also lost 16 of their last 19 games in all competitions.

It was interesting to note that Oxford were considered favourites for last week's cup tie despite being away from home and a division below their opponents, which suggests this current Rotherham side would be in the wrong half of the third tier, never mind the second.

Two clean sheets all season is a sorry statistic caretaker coach Paul Warne would no doubt love to improve on but that is a tough ask against a Canaries outfit who have scored five goals in two matches in 2017.

A 3-0 success over Derby was followed by a 2-2 FA Cup draw with Southampton and Neil could not have asked for an easier chance to break Norwich's eight-match winless sequence away from Norfolk.

Robbie Brady is suspended but Norwich have a huge squad and should finish higher than their current league position of ninth.

Nelson Oliveira, Wes Hoolahan and Jacob Murphy were among those rested for the respectable cup draw with Saints and that trio can make it another miserable afternoon for the New York natives.

AFC Wimbledon v Oxford
These two sides have built up something of a rivalry in recent years having clashed in non-league, Sky Bet League Two and now League One, and Oxford have a clear head-to-head advantage of ten victories from 13 fixtures.

Stung by their sorry run, the Wombles ran riot at Oxford in October to land their first triumph over United with three first-half goals condemning Oxford to defeat.

Expect revenge to be dished out and normal service resumed.

Oxford chairman Darryl Eales went public this week with Oxford's finances this seaso, saying: "I believe our budget is above the median for the division but is not upper quartile."

That is still significantly superior to their hosts' resources and, while Oxford are only one point above Wimbledon in the table, the gulf is likely to grow as the season progresses as United are playing very well.

Oxford's performances don't always match their results but on shot data it could be argued they are one of the best sides in the division.

A last-gasp sucker punch against Northampton is their only defeat in 13 and a win at Gillingham earlier this month suggests Oxford are capable of dealing with the direct approach likely to be coming their way at Kingsmeadow.

AFC Wimbledon have won only four times in their last 16 and those victories came against Bury (twice), Port Vale and Curzon Ashton.

Newport v Colchester
There has been support for Colchester but their price is just about big enough to warrant support at Newport.

The Essex club have won seven and drawn one of their eight matches since switching to a 3-4-1-2 formation and that includes excellent successes against Luton and Carlisle.

Newport's pitch could be a leveller but Colchester can bypass the mudbath by going long towards target-man forward Chris Porter, who opened the scoring last week before Kurtis Guthrie bagged a hat-trick.

County have lost eight league matches on the spin and are 22 points behind Colchester in League Two.

Plays of the Da

Banker
Man City 17-20
For all the talk of City's inconsistencies they have won seven of their ten Premier League away matches and are going off at a price similar to that of Arsenal at Everton last month. That can't be right -City are a fair bit better than the Gunners.

Blowout
Real Madrid Evs
Zinedine Zidane's side are unbeaten now in 40 matches but this is a difficult trip for Real Madrid against a Seville side second in La Liga and capable of scoring goals.

Hotshot
Kieron Freeman 25-1 Paddy Power
The first goal and any goal (10-1) are massive prices. Freeman has scored in each of his last three matches and missed a one-on-one to double his tally at Southend last week. Priced up as a normal right-back, Freeman is playing more in the role of winger in Sheffield United's expansive 3-5-2 formation.

It's been nice to read so many positive Graham Taylor stories in the wake of his sudden death on Thursday even if some of those articles were printed in the same publications that hounded him during his reign as England manager.

Taylor's England record was ridiculed but given what we have since seen from the Three Lions at European Championship tournaments maybe it was not so bad.

In qualifying for Euro 92, Taylor's England made it through to the last eight - they have never progressed past that point in any European Championship in the current format apart from when they hosted Euro 96 - and failure to make the 1994 World Cup also needs to be put into context.

Holland went on to reach the World Cup quarter-finals before losing a thrilling quarter-final to eventual winners Brazil and Norway were knocked out at the group stage despite collecting the same number of points as Mexico, Ireland and runners-up Italy.

Despite the constant "failures" (if you keep getting to the same place maybe it's just where you belong) English managers are consistently slaughtered by certain sections of the popular media with much of the abuse turning personal - Wally with the Brolly etc.

Assuming Gareth Southgate "fails" let's hope he and any subsequent managers get a dignified exit unlike Graham Taylor.