Canaries back on song after commanding win 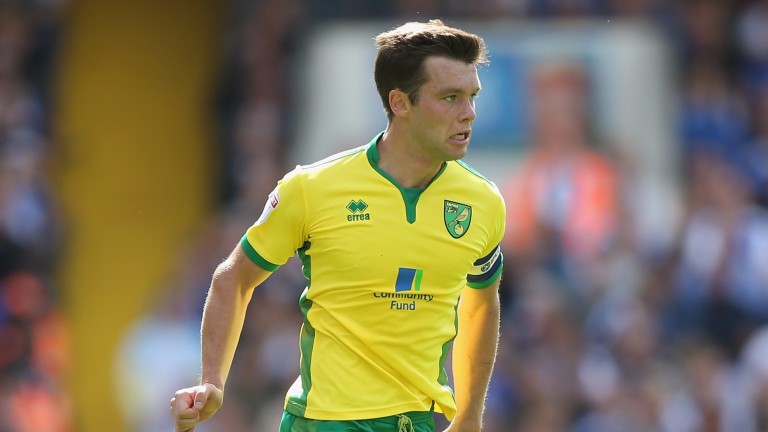 Barnsley v Norwich
Losing five league games in a row has dealt a major blow to Norwich’s Sky Bet Championship promotion challenge but the Canaries let out some frustration with their 5-0 win at home to Brentford last Saturday and can back it up with victory at Oakwell.

Barnsley are doing nicely for a promoted side and climbed back into the top half with a 3-0 victory at playoff-chasing Birmingham last weekend.

However, Paul Heckingbottom’s side have not won on home soil since August and are running into Norwich at the wrong time.

Norwich’s confidence came flooding back over the course of their victory over Brentford and they looked a much more balanced side with Jonny Howson back in the midfield after a two-month spell on the sidelines.

The ex-Leeds midfielder has become an influential player for Norwich but was arguably outshone by Alex Pritchard, who made only his fourth league start of the season and showed why he commanded a reported £8m transfer fee when joining from Tottenham in the summer.

Pritchard showed he can be a star performer in the Champion­ship by scoring 12 goals in 45 games during a season-long loan at Brentford in 2014-15 but his progress stalled last season due to a combination of niggling injuries and an ill-judged loan move to West Brom, where he never appeared to win the trust of Tony Pulis.

It has also taken him time to win over Norwich boss Alex Neill, who was reluctant to drop Wes Hoolahan from the number ten position.

But Pritchard should go from strength to strength after his outstanding performance against Brentford and can play his part in helping Norwich secure back-to-back wins.

Peterborough v Chesterfield
Successive league wins have breathed some life into Chesterfield’s Sky Bet League One survival battle but the Spireites are likely to remain entrenched in the bottom four after this trip to sixth-placed Peterborough.

Reaching the playoffs is seen as the minimum requirement for Peterborough, who had gone on an encouraging five-match winning sequence before losing 2-0 at home to leaders Scunthorpe in their last league game.

They have earned a reputation of being a free-scoring side with a soft underbelly.

But there has been a change under manager Grant McCann, who wants his team to be able to grind out results.

Their two most recent wins have been 1-0 – at home to Bolton and away to Northampton – and Posh’s improving defence may be the difference between finishing inside the top six or just missing out.

They may need to defend well at times against a Chesterfield side spearheaded by Ched Evans – potentially one of the best strikers in the division.

But Chesterfield are also hamstrung by a long list of injuries and were hammered 5-0 at home to Sky Bet League Two Wycombe in the FA Cup last weekend.

First-choice midfielder Jon Nolan was red-carded against Wycombe – triggering a three-match suspension – and his absence will make it even harder for them to avoid a 13th league defeat of the season.

Southend v Coventry
Playoff-chasing Southend are on an eight-match unbeaten run in Sky Bet League One and look a great bet to defeat Coventry at Roots Hall. Coventry had an initial upsurge in results when Mark Venus became their caretaker-manager at the end of September but have lost their last three league games and were beaten 4-0 at Sky Bet League Two side Cambridge in the FA Cup second round.

Just 1,338 fans witnessed the Sky Blues’ 1-0 victory at home to Crawley in Tuesday’s EFL Trophy match and the despondent mood of many supporters is likely to continue while the club continues to be run on a shoestring.

Given proper investment Coventry would be one of the biggest fish in the third tier.

As things stand, they are easy prey for teams such as Southend, who are putting a good run together.

Bristol Rovers v Bury
Bristol Rovers manager Darrell Clarke has been doing some soul-searching after watching his team lose three games in a row but he should get a response and a victory from his players against Bury.

Rovers felt they had hit rock-bottom when losing 2-1 at home to National League high-flyers Barrow in last Saturday’s FA Cup second-round tie but they are mid-table in League One and look in pretty good shape compared to Bury, who have lost ten league games in succession.

Bury are weakened by the absences of suspended trio Anthony Kay Niall Maher and Jacob Mellis and are readily opposed.

Bet on the Football League at Soccerbase.com