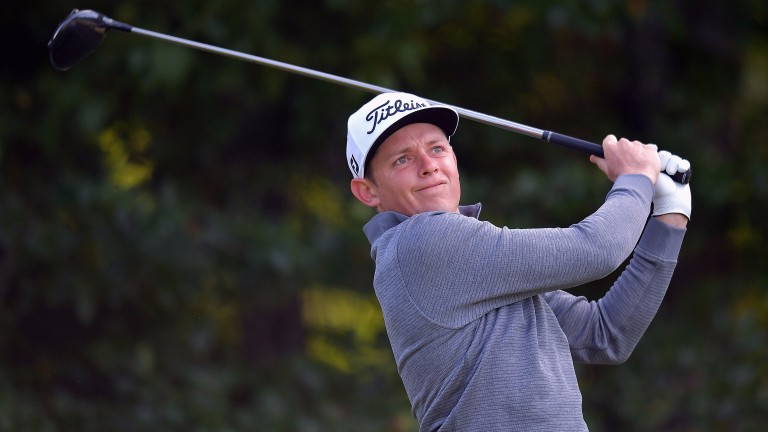 Jordan Spieth is about to get married, so his annual jaunt to the Australian Open has been cancelled, but Americans still dominate the betting for the showpiece event on the Aussie golf calendar.

Matt Kuchar, who ended a four-year victory drought in the Mayakoba Classic on Sunday, has trekked from Mexico to New South Wales, while Brandt Snedeker and Keegan Bradley are tucked just behind Kooch in the betting.

By far the most appealing of the market leaders, though, is the best Australian in the field. Cameron Smith started last year's Australian Open ranked 87th in the world before finishing fourth, then winning the Australian PGA Championship the following week. Twelve months later, he is world number 33 and ready to boss a field which has been shorn of Spieth and Jason Day.

The venue – The Lakes in Sydney – is perfect terrain for Smith to show off his talents. He finished 14th as an amateur in the last Aussie Open there in 2012, before winning the Australian Amateur the following year. The 6,908-yard, par 72, can be tough with wind whipping across it – just four under par was the winning total last time – and that suits Smith. Breeze is in the forecast and Smith, one of the tidiest tee-to-green operators in the business, can stay in control.

Kuchar will surely be jaded from his emotional victory and the 24-hour journey from El Camaleon which followed. Smith, fresh from a fortnight off, finished third in two FedEx Cup playoff events before sharing seventh spot in the CJ Cup last month. The ever-improving 25-year-old, fifth in the Masters in April, seems the most likely title contender.

Cameron Davis, young enough and hungry enough to shrug off the jet lag from Mexico, can build on a solid start to his US Tour career by going close to a successful Aussie Open title defence. The Sydney star, winner of the 2015 Australian Amateur, is on home turf this week and his confidence is high after he won a Web.com Tour event in May.

Harrison Endycott, a cocksure youngster with an extremely bright future, could be a big-priced contender to enter the equation. He had been impressing on the Latino America Tour before finishing ninth in the NSW Open last week. Endycott's home club of Avondale is just a half-hour drive north of The Lakes and he can hit the ground running on a track he knows well.