Cameron Champ may struggle with challenge of El Camaleon 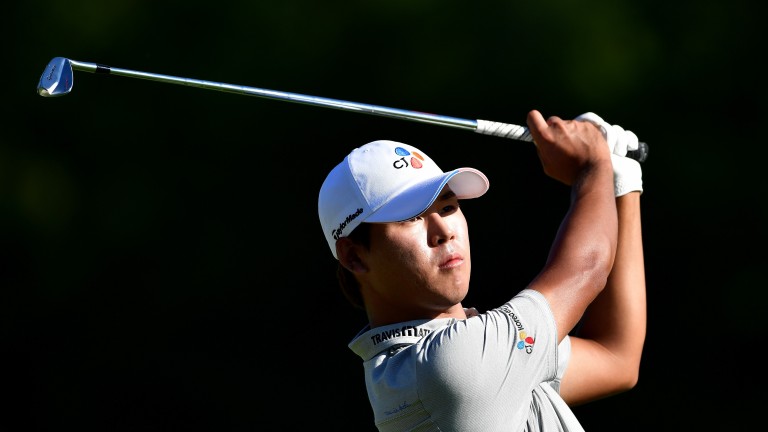 Cameron Champ is clearly going places and the Sanderson Farms Championship victor should threaten another success soon enough, but Mayakoba Classic venue, El Camaleon, does not play to the strengths of the power-packed youngster, who can be opposed in a tournament match.

Champ went into the final round of the Shriners Hospitals For Children Open on Sunday in sixth place, but seemed to run out of mental energy, frittering away shots once his winning chance had disappeared. He was three over par for an easy back nine.

A week off to recharge his batteries and reflect on his recent achievements might have been a good idea, but he is going to the well again at El Camaleon, a short, tight, fiddly test where the punishments for missing fairways are severe. Heavy rough, tropical jungle, mangroves and even beaches are waiting to gobble up errant drives.

Champ missed the cut by seven shots on his Mayakoba debut 12 months ago and may again struggle to control his attacking urges on a layout which favours controlled plodders. Si Woo Kim looks a solid bet in a your-choice match against Champ.

Kim, who is generally arrow-straight from tee to green, finished third in the Mayakoba last year despite arriving in poor form. He has made a much brighter start to the US Tour season this time and can be fancied to be among the leading title contenders again.

Another match-bet option which appeals is Rickie Fowler against Jordan Spieth. Fowler caught fire in the Shriners on Sunday, needing just 30 shots (six under par) to cover the back nine which derailed Champ.

Fowler was Mayakoba runner-up last year and if he brings his Sunday Shriners form to El Camaleon, he could justify his short outright prices. Spieth was over par for the weekend of the Shriners, dropping to a share of 55th spot, and the former world number one is struggling to emerge from a prolonged slump.