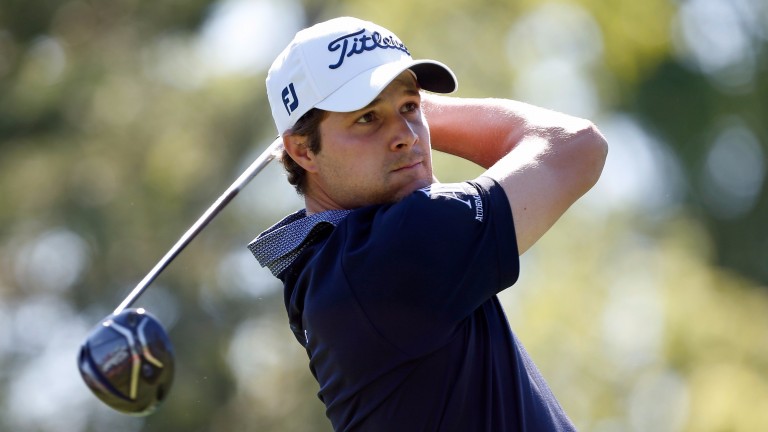 Peter Uihlein, who was a 125-1 chance ante-post, leads the Shriners Hospitals for Children Open by two shots at the halfway stage.

The former US Amateur champion followed an opening round of 63 with a Friday 66 to take command at TPC Summerlin, Las Vegas. The 29-year-old is a US Tour maiden who had never previously competed at Summerlin.

Uihlein won on the Web.com Tour last year – curiously in the Nationwide Children's Hospital Championship – and he is 9-2 to convert his advantage into a US Tour breakthrough.

Uihlein has always been blessed with plenty of talent, but this performance has come from nowhere. His last top-ten finish was in the first week of June, so there are no guarantees that the leader sustains this gallop.

Bryson DeChambeau, three shots behind, tops the betting at 4-1, but that is not sufficiently juicy on a low-scoring track where his putting weakness probably means he will fail to hole enough putts to deliver a winning total.

At the prices, the stand-out option with two rounds to go in the Shriners is the same as it was at this stage of the Sanderson Farms Championship last week. Cameron Champ can go close to back-to-back victories and is well worth each-way support at the general 16-1.

Champ, a four-shot winner of the Sanderson Farms, kicked clear in round three of that tournament and should enjoy another productive Saturday. He had more on his plate this week – a stronger field, a weight of expectation and increased spotlight, and a place in a glamour grouping alongside Jordan Spieth. An opening 69 was impressive in the circumstances, then he settled into his new status with a barnstorming back-nine in round two.

Champ made five consecutive birdies from the 12th hole through the 16th, going five under par for the final seven holes, moving into a share of eighth place. This explosive talent is five shots behind Uihlein, but could rapidly make up the deficit, given that Summerlin turns into a pitch and putt course when under attack from the increasingly famous Cam belt.

Champ marries his ludicrous power with an excellent putting stroke – he attacks the hole with confidence – and this fearsome combination has the potential to rip Summerlin to shreds. If he can avoid the aqua on the four holes with water hazards, it is difficult to imagine anything other than another round in the mid-60s for Champ on Saturday.

Racing Post Sport followers are on Champ at 33-1 ante-post, but with so many fancied runners well behind him – Aaron Wise, Beau Hossler, Scott Piercy, Tony Finau and others appear to have given themselves too much to do – a Champ press-up at 16-1 is advised.