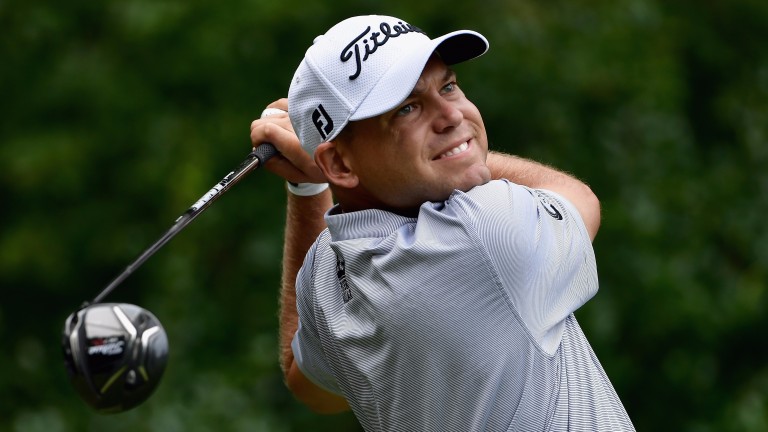 The Country Club of Jackson has been playing soft, with plenty of moisture in the air over the early stages, and the ludicrous length of Champ has been shown to great advantage. A sunny weekend with light breezes is forecast and the joint-leader could make merry.

Champ is a 23-year-old Californian who has just been promoted from the Web.com Tour, having won the Utah Championship in July. His long-game is jaw-droppingly good – hardly anyone on the planet can boast more natural power – and 25th place in the Safeway Open last time out was a solid US Tour opener.

Xiong is only 19 and still looks rough round the edges, but Champ is 23 and appears ready to become a US Tour champion immediately. Punters who took the pre-tournament 50-1 should be giving themselves a hearty pat on the back, but it is not too late for those foolish enough to leave it alone to jump aboard. The 5-1 available about Champ seems generous.

Champ's potential is immense – short-game improvements are likely as he matures and gains more US Tour experience – and he has nothing to fear on the Sanderson Farms leaderboard.

Three Racing Post Sport ante-post selections are tied for 31st place – five shots behind Champ – and that is probably giving this prodigious talent too much of a start. Hopefully Bill Haas, Curtis Luck or Nick Taylor can run into a place, but an outright wager on Champ at 5-1 must be added to the portfolio.

The final third-round threeball of Champ, Xiong and Shawn Stefani is due out at 5.20pm UK and Ireland time. Betfair and Paddy Power are offering each-way terms of a fifth the odds, the first five places.