Cadiz and Tenerife could play out tight semi-final first leg 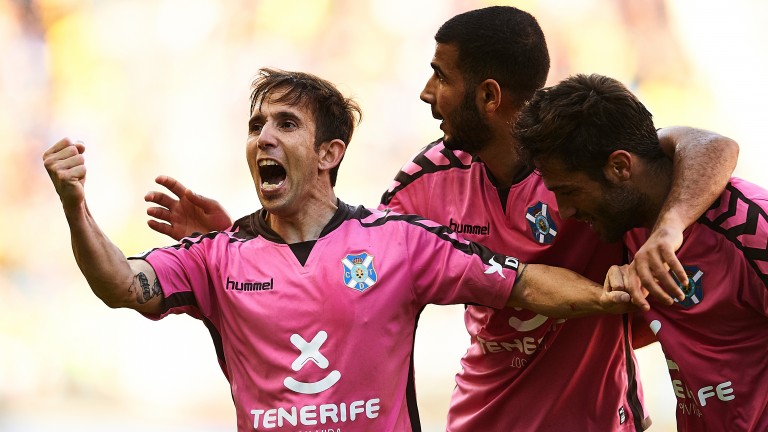 There was not a huge amount between Cadiz and Tenerife in the Segunda regular season and that could be reflected when the teams meet in a promotion semi-final first leg playoff in Andalusia.

Tenerife were marginally superior in the league standings - they finished fourth, two points above Cadiz, although the hosts had a better goal difference of plus 15 compared to the visitors' plus 13.

Over the course of a 42-match season those are tiny differences and everything points to a tight game between sides in decent nick.

Tenerife have lost only three matches since Christmas and all of those were by 1-0 scorelines. That run includes a 1-0 win away to Cadiz in March when Amath Diedhiou's goal on 87 minutes separated the sides.

Diedhiou was Tenerife's top goalscorer in the Segunda with a tally of 12 but next best Anthony Lozano is doubtful with a knee injury picked up in last week's victory over Zaragoza, which featured Omar Perdomo's goal from inside his own half.

Cadiz lost 1-0 at Valladolid last week but they were already assured of a playoff spot and it was their first reverse since losing that clash to Tenerife.

The hosts have drawn eight of their last 11 (six of those were 1-1) and this tie is likely to head to Tenerife on Sunday with everything still up for grabs in the second leg.

Bet on Thursday's matches at Soccerbase.com