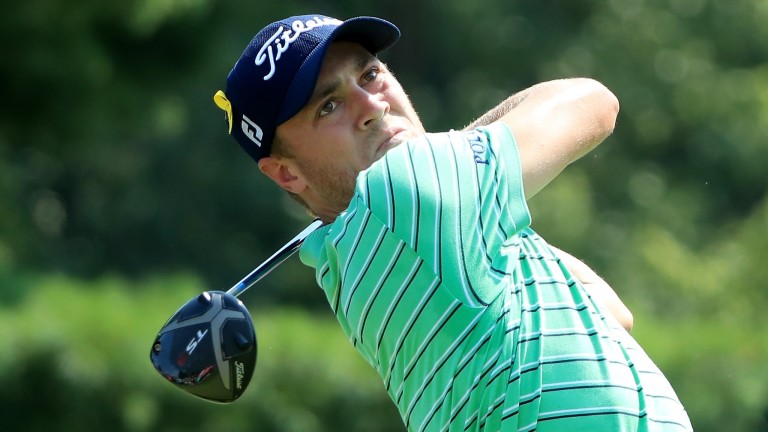 Justin Thomas laid down a marker for the Masters with victory in the Players Championship at Sawgrass on Sunday - a superb final-round ball-striking display enough to edge Lee Westwood in the so-called 'Fifth Major'.

Only a few firms are still chalking up 12-1 for the Masters about Thomas, who seems set to slot just behind Dustin Johnson and Bryson DeChambeau in the Augusta betting. Thomas started round four of the Sawgrass showpiece three shots behind, but a four-under-par back-nine burst saw him charge through the field, an eagle at the 11th the decisive moment.

Westwood, who finished runner-up on the PGA Tour for the second consecutive Sunday, is a best-price 33-1 to make next month's Masters his Major breakthrough. There are three more weeks of regulation play before the elite battle for the Green Jacket in Georgia.

This week sees the Kenya Open on the European Tour and the Honda Classic on the PGA Tour. The low-key Kenya Open at Karen Country Club, Nairobi, features a decent South African contingent, including George Coetzee.

The Honda Classic will take centre stage as Sungjae Im attempts to defend his title at PGA National. Daniel Berger, Adam Scott, Shane Lowry and Rickie Fowler are among those going to post. Westwood is also in the original list of entrants, but it remains to be seen whether the exertions of the past fortnight means he opts for time on the sidelines instead. A hard-earned week watching the Cheltenham Festival may be Westwood's preferred option.