Foxes can bounce back by beating Burnley 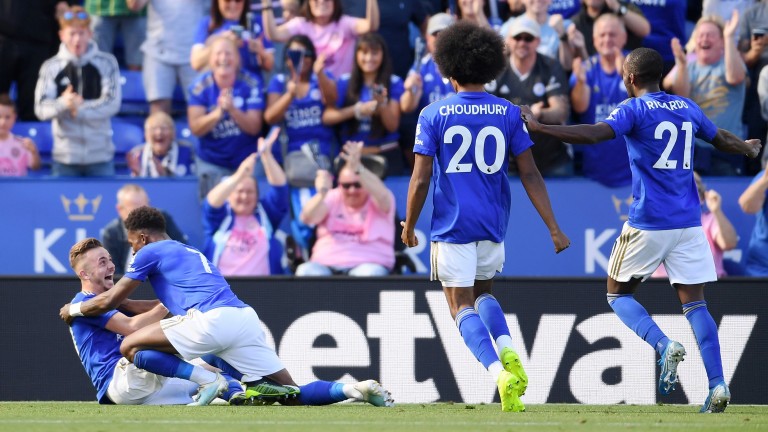 Burnley
Ashley Barnes is out after a hernia operation. Chris Wood and Jay Rodriguez are expected to be fit. Johann Berg Gudmundsson is out.

Leicester can bounce back from their worst performance of the season by piling the misery on Sean Dyche with a win at Turf Moor.

The Foxes were completely out-foxed by Southampton last weekend, suffering a painful and absolutely deserved 2-1 defeat. Indeed, they were fortunate to lose by one.

Their customary high standards went through the floor – they allowed ten shots, three times their usual number while their passing accuracy dropped by ten percent. The absence of Wilfred Ndidi was cited as a factor although they have won without the Nigerian before.

But there’s no need for any degree of hysteria.

Saints have improved greatly and Leicester had an off day. But this is a Leicester side who are third in the league, have won seven of 11 on the road and are up against a club who are going through the mill at the moment.

Back Rodgers’ men to get back on the bike at a tasty price given the 21-point gulf between the sides.

Leicester looked jaded last week playing their sixth game in 17 days whereas Southampton had had a week off.

This weekend Leicester have had the benefit of an eight-day break and can get back to doing what they do best, which is beating bottom-half sides.

Leicester’s only away losses since March have come at the two Manchester giants and at Liverpool, and their last two away-days either side of the turn of the year saw them produce a pragmatic 2-1 triumph at West Ham and a slick 3-0 success at Newcastle.

The tools are still there - pace on the counter, James Maddison’s box of tricks and Jamie Vardy’s finishing skills and even Dennis Praet did okay in Ndidi’s absence, although Youri Tielemans has to be pushing for a recall.

Burnley just look out of sorts at the moment, as simple as that.

They have suffered four straight Premier League defeats around a 4-2 win over Peterborough in the FA Cup third round and have conceded at least two goals in each of their last four games. At Chelsea last week, when they went down 3-0, they were awful.

Their record against the top ten sides going into this weekend’s round of matches reads played 11, lost 10, drawn one, goals scored six, goals shipped 31. It’s sorry stuff and many pundits are suggesting that they, like Bournemouth, are finally being found out.

It would be the Burnley way to prove those critics wrong and do it with their customary muscle and fight but Dyche is once again without his strike duo of Ashley Barnes and Chris Wood – the former has had a hernia op – and it’s not a squad that looks to have many goals in it.

Burnley have not drawn any of their last 20 home league and cup games.