Buoyant Leeds expected to come out on top

Fourth round beckons for Monk's men 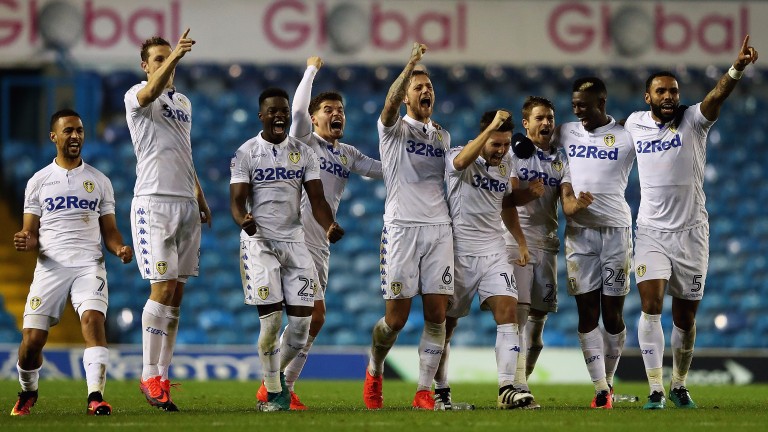 Leeds have a spring in their step after boosting their Sky Bet Championship promotion hopes with two wins and a draw over the the holiday period and they can advance to the FA Cup fourth round by beating Sky Bet League Two hosts Cambridge in front of the TV cameras.

All the ingredients are in place for a fascinating tie between teams playing with lots of confidence.

Cambridge – under the stewardship of ex-Leeds player Shaun Derry – have won six of their last seven league games and are one point outside the playoff places.

Their revival has been remarkable because they failed to win any of the first eight league games of the campaign and were at the foot of the table for five weeks between mid-August and late September.

Midfielder Luke Berry has been Cambridge’s most consistent player this season, netting ten goals in 23 league games, but the catalyst for their turnaround was towering striker Uche Ikpeazu, who has made a big impression since arriving on a free transfer from Watford.

Ikpeazu took a long time to reach full match fitness – his first seven league appearances were all as a substitute – but his ten league starts in a Cambridge shirt have produced eight wins, one draw and one defeat.

Cambridge will be looking to get the ball into the powerful centre-forward as often as they can, with midfielders Berry and Piero Mingoia supporting him as quickly as possible.

While Ikpeazu has been bullying fourth-tier defences he is likely to find it more difficult to make an impact against powerhouse Leeds centre-backs Kyle Bartley and Pontus Jansson.

A key aspect of Leeds’s steady progress in the league has been their solid defence.

Only Brighton, Newcastle and Derby have conceded fewer Championship goals than the Yorkshire giants this season and four of Leeds’s nine league clean sheets have been recorded since the start of December.

Chris Wood has been the focal point of their attack, netting 16 goals in all competitions, and Swansea loanee Pablo Hernandez has played a crucial role in the number-ten position.

Leeds are trying to tie down Hernandez and Jansson – on loan from Genoa – on permanent deals and the outcome of those talks could have a major bearing on whether or not their promotion challenge can be sustained.

They have come through the busy Christmas schedule in good health – left-back Charlie Taylor is the only injury doubt – and manager Garry Monk will want to keep it that way before an important league game at home to Derby on Friday.

There is a chance that Monk could ring the changes but Leeds’s fringe players acquitted themselves well during the run to the EFL Cup quarter-finals and, if needed, they can play their part in ensuring a victory over their League Two opponents.

Leeds
Charlie Taylor (Achilles) is a major doubt but Eunan O’Kane (groin) and Lewis Coyle (knee) are back in full training.

Key stat
Leeds have won eight of their last 12 matches

Spreadwise
Three of Cambridge’s last four home games have featured goals inside the opening 20 minutes and there could be an early strike in tonight’s FA Cup third round tie at home to Leeds.

Despite the two-division gap between the teams, both are likely to approach the game with a positive mindset.

Leeds – in the middle of a battle to win promotion from the Sky Bet Championship – are not going to want a replay to add to their congested fixture list and Cambridge know their best chance of progressing is to win in front of a sellout home crowd.

Both have dangerous attacking players, who are playing close to their peak.

Cambridge will look to midfielder Luke Berry (15 goals in all competitions this season) and striker Uche Ikpeazu (four goals in the last eight games).

And Leeds can call on the firepower of Chris Wood – the Championship’s fifth-top marksman this season with 13 goals in 24 games.

Cambridge and Leeds have been defending well but, given the quality of attacking players on show, there is scope for selling the first match goal time at 36.