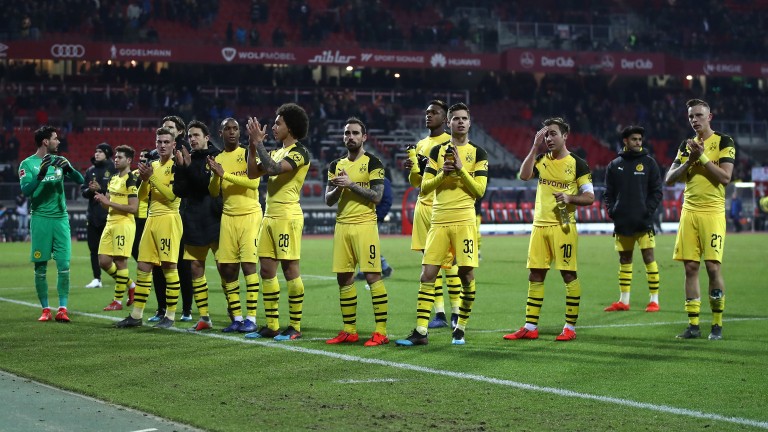 Borussia Dortmund could be involved in a high-scoring encounter
Alex Grimm
1 of 1
By Liam Flin 8:00PM, FEB 23 2019

Dortmund and Leverkusen were humiliated in their European endeavours but they can put on a spectacle when they clash in the Bundesliga.

Prior to their goalless draw with Nuremberg, Dortmund’s previous three matches featured 15 goals, as they remain permeable at the back but clinical going forwards.

Leverkusen have notched 13 goals in their last four league encounters and punters should look to back over 3.5 goals at a shades of odds-against in this one.

Key stat
Dortmund have kept one clean sheet in their last six in all competitions.

Hannover have been on the end of some heavy defeats to Dortmund, Leipzig and Hoffenheim of late and their fortunes are unlikely to change when they welcome highflyers Frankfurt.

The visitors have faced tough opposition in recent weeks, holding Dortmund and Leipzig away from home and, following their 6-3 aggregate win over Shakhtar Donetsk in the Europa League, they remain unbeaten since the turn of the year.