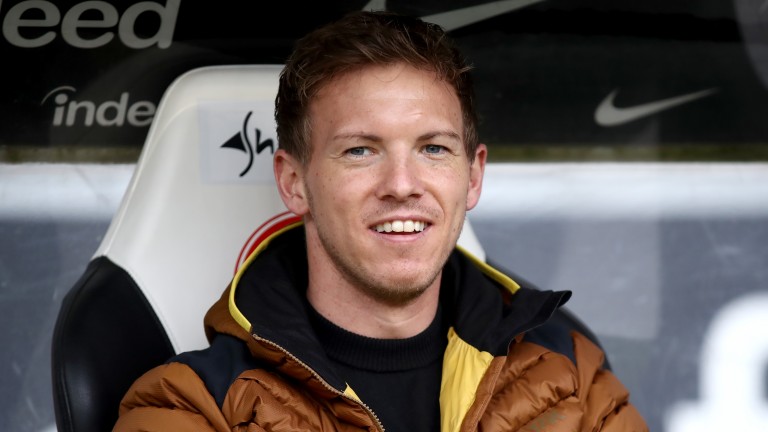 Hoffenheim and future Leipzig boss Julian Nagelsmann has been a prominent figure in the Bundesliga in recent seasons
Alex Grimm
1 of 1
By Liam Flin 8:00PM, APR 19 2019

Schalke and Hoffenheim are at opposite ends of the Bundesliga form table and Julian Nagelsmann's men should have little issue navigating the Gelsenkirchen strugglers.

The visitors have won four of their last five games, impressing with scintillating attacking displays against Bayer Leverkusen and Augsburg.

Schalke, meanwhile, are hovering above the relegation playoff spot, with their only league win since January coming against basement boys Hannover.

Key stat
Schalke have lost nine of their last 11 matches in all competition.

Leipzig look fairly assured of a Champions League spot in the Bundesliga and have a German Cup semi-final against Hamburg to look forward to next week.

They have been in blistering form, swatting aside Hertha, Bayer Leverkusen and Wolfsburg by convincing margins, and Gladbach could be the next side to feel the wrath of Ralf Rangnick's men.

The hosts have won only once in their last four matches - and even that was a laboured 1-0 triumph over bottom club Hannover - and they could struggle to contain the free-scoring visitors.