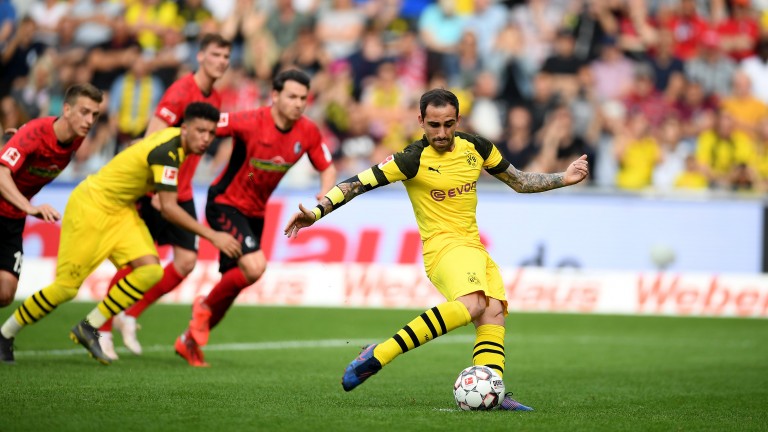 Enough is enough. That is the battle cry of a Borussia Dortmund side looking to return to the Bundesliga summit after Bayern Munich won their seventh successive top-flight title in the 2018-19 season.

Lucien Favre's first season at the Westfalenstadion was supposed to be one of consolidation but Dortmund topped the table as late as the end of March and took the title race to the final day for the first time since 2010.

With only two fewer points than their Bavarian counterparts, Dortmund exceeded expectations and are shaping up nicely for the new campaign after some shrewd summer business.

Left-back has long been a problematic position for Dortmund but the addition of German international Nico Schulz, who excelled under Favre at Borussia Monchengladbach, could finally plug that gap.

Mats Hummels has returned to the club where he made a name for himself while Thorgan Hazard, who finished last term with ten goals and ten assists at Gladbach, has been snapped up along with Bayer Leverkusen's versatile midfielder Julian Brandt.

That makes for an embarrassment of attacking riches for Dortmund, who already have Paco Alcacer and Marco Reus, who bagged 18 and 17 goals respectively in 2018-19, and an electrifying prospect in Jadon Sancho.

Favre is a manager who has previously taken time to impose his methods in the Bundesliga.

The Swiss coach took Hertha Berlin from tenth in his first season to fourth in his second and achieved his best position at Gladbach in his final campaign there, leading them to third in 2014-15.

He arguably has a more exciting squad at his disposal than Niko Kovac at Bayern, who are preparing for life after Franck Ribery and Arjen Robben.

The strong odds-on favourites have attempted to inject an ageing squad with youthful exuberance by signing Lucas Hernandez, Benjamin Pavard and Jann-Fiete Arp but the bulk of their group are past their best.

It is easy for a club to lose motivation after monopolising the league and, with Munich potentially preoccupied with being competitive on the continental stage, they could finally relinquish their grasp on the Bundesliga.

Bright spark Julian Nagelsmann has only three years of managerial experience to his name but much is expected of the 31-year-old at new club Leipzig.

The Red Bull-owned club comfortably finished best of the rest behind Bayern and Dortmund last season and anything less than third will surely be viewed as a horrendous misfire given the dynamism in their ranks.

Fortunately for them, the majority of clubs just below them are in states of transition.

Wolfsburg, Hoffenheim, Gladbach and Hertha Berlin are all taking chances on managers lacking Bundesliga experience, while Eintracht Frankfurt and Leverkusen are preparing for life without crucial players.

Werder Bremen were just five points off the top four last season and have promising attacking talents at their disposal in top scorer Milot Rashica and Eggestein brothers Johannes and Maximilian.

They lost only three matches in the second half of last season and, as young manager Florian Kohfeldt begins to find his feet in the top flight, Bremen could be overpriced to make a long-awaited return to the Champions League places.

Fortuna Dusseldorf finished a respectable tenth in their first season back in the Bundesliga but there is plenty of work to do if they are to stave off relegation in 2019-20.

Only the bottom four sides shipped more than Dusseldorf (65), who were on the end of a 7-1 spanking by Eintracht Frankfurt and they could be surprise candidates for relegation.

Newly-promoted Paderborn and Union Berlin are short prices to go straight back down but Cologne have the top-flight experience in their ranks to hold their own and draw other sides into the scrap.

There is little disputing odds-on quotes for Robert Lewandowski in the top goalscorer market but the prolific Pole is the wrong side of 30 and there are a handful of names who make great appeal at bigger prices.

Alcacer, who averaged a Bundesliga goal every 67 minutes, is the standout option. Despite missing eight matches through injury in 2018-19, his tally of 18 league goals was second only to Lewandowski.

He will be provided with some of the best service in the division with the likes of Sancho, Reus, Hazard, Brandt and Mario Gotze playing behind him.