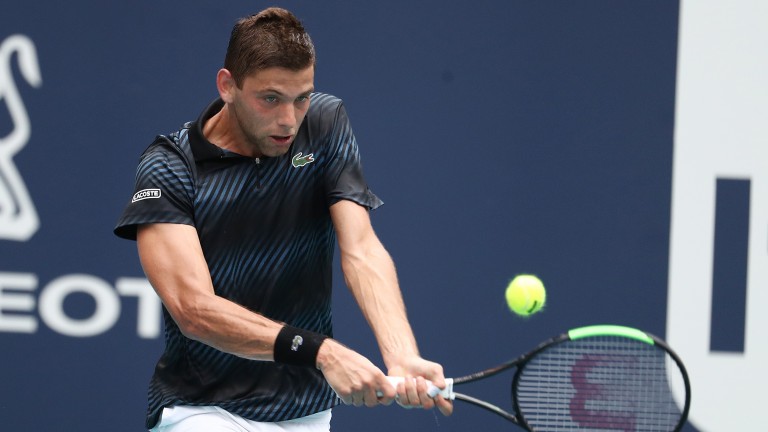 Matteo Berrettini has done little wrong in reaching the final of the ATP Hungarian Open this week but the talented Italian may not be able to stop Filip Krajinovic from claiming a maiden ATP World Tour title in Budapest.

Berrettini swept aside Rio Open champion Laslo Djere in the semi-finals but Krajinovic was equally impressive in beating Pierre-Hugues Herbert in straight sets and the 27-year-old looks ready to finally register an overdue breakthrough.

The Serb, who was an unlikely finalist of the Paris Masters in 2017, was ranked as high as 26th this time last year but injuries and a loss of form have seen him slide out of the top 100.

But Krajinovic has always looked capable of better and showed no sign of fatigue against Herbert despite coming through qualifying while he also produced arguably the performance of the tournament to see off Borna Coric in the semi-finals.

In the ATP Barcelona Open, Dominic Thiem beat tournament favourite Rafael Nadal to reach the final and will face Daniil Medvedev for the title in Catalonia.