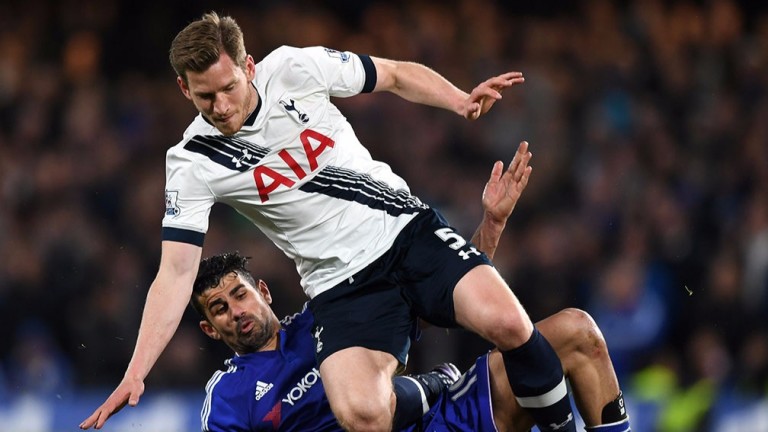 A trip to Stamford Bridge will normally bring anyone associated with Tottenham out in a cold sweat but the temperature rose to boiling point on their last visit in May and cool heads will be needed for Saturday night’s potentially heated London derby at Chelsea.

Spurs lost their heads as well as their remaining chance of the Premier League title in that 2-2 draw six months ago which was played in a frenzied atmosphere.

Harry Kane accused Chelsea of “celebrating like they’d won the league” after coming from two down to deny their rivals and it looks set to be the Stamford Bridge locals who are once again gloating come full-time tonight.

Chelsea go into this derby in much better condition having had a free week to prepare for the contest and, unlike visiting manager Mauricio Pochettino, home boss Antonio Conte is able to select his best team with his best formation.

And that means a continuation of the 3-4-3 shape which has revolutionised Chelsea from the shambles who lost 3-0 at Arsenal in September and taken them to the top of the table.

Chelsea have won all six league matches since the Emirates thrashing by an aggregate 17-0 with the formation switch not only helping the defence to keep clean sheets but allowing freedom to a front three of Eden Hazard and Pedro wide of Diego Costa.

Tottenham could struggle to contain the trio with Toby Alderweireld injured and Danny Rose suspended, although the away side will at least be strengthened by the return of Kyle Walker and Jan Vertonghen, who were bizarrely rested for the Champions League-ending 2-1 defeat in Monaco on Tuesday.

Costa and Hazard have scored in four matches each since Chelsea went with their new-look approach and Pedro was on target in the wide-margin home successes over Manchester United (4-0) and Everton (5-0).

However, this should be much closer than those triumphs and Chelsea cannot be considered an absolute bargain at odds of 4-5.

Tottenham went to Arsenal last month following a woeful Champions League effort against Leverkusen and the Gunners were available at odds of 20-21, so how much better can Chelsea be rated than the north Londoners?

The price, given the absences in the Tottenham defence, is probably about right and a home win by one goal at 11-4 is much preferred to the match odds.

Tottenham are the only unbeaten side in the Premier League and they have done reasonably well against elite opponents with a home draw against Liverpool and ultimately deserved victory over Manchester City at White Hart Lane.

Pochettino also picked a back three at Arsenal and Spurs left the Emirates with a 1-1 draw.

Tottenham actually had more shots on target and more possession in that derby so it wouldn’t be a major surprise if Pochettino reverted to that formation, although he was non-committal on Thursday.

With Rose and Ben Davies also out there is an issue at left-back (or wing-back if he goes with a three) but as Pedro cuts in from that Chelsea flank it could be argued that the right-footed Kieran Tripper playing on his wrong side is suited to the role.

Whatever happens, Tottenham don’t tend to roll over under Pochettino and, as they showed at the Bridge last term, they can fight with the best of them.

All four Tottenham defeats this season have been by one goal and the same was also true in nine of their 11 losses in all competitions in the last campaign.

Of the two thrashings, one came on the final day at Newcastle when Spurs had been mentally destroyed by their title miss and the other was with mainly reserve players at Borussia Dortmund.

Team news
Chelsea
John Terry and John Obi Mikel are ruled out for the Blues.

Tottenham
Toby Alderweireld, Erik Lamela and Ben Davies remain sidelined through injury, while Danny Rose is suspended leaving a problem at left-back. Mauricio Pochettino has said Kieran Trippier (right), Kevin Wimmer and Jan Vertonghen can all play in the position.

Key stat
Tottenham have not won at Stamford Bridge since 1990. They have had 29 visits since their last success