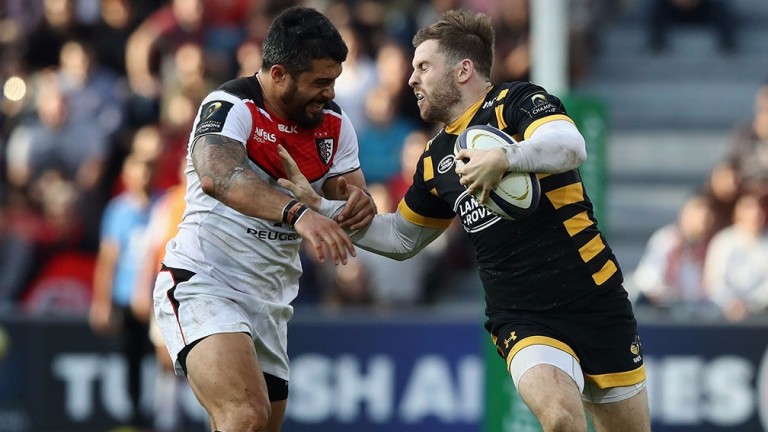 Wasps were stung by a converted try after the clock hit 80 minutes at Connacht in the Champions Cup on Sunday but they should be celebrating an 18th straight home success in all competitions at the final whistle in the televised Premiership clash with Bath.

Dai Young’s side have not lost at the Ricoh Arena since being downed 26-16 by Saracens on their charge to back-to-back league titles just under a year ago, and the majority of their magnificent run have been wide-margin wins and not only over sides such as last season’s relegated London Irish, winless Bristol and Zebre in Europe.

Leinster, Harlequins (twice), Leicester, Northampton and Connacht are among the clubs all to have been dispatched by ten points or more on their trips to Coventry in the last 12 months.

However, the best bet looks to be Wasps to prevail over the Rec lads by one to 12 points.

It should be a tremendous tussle with some superb match-ups all over the pitch and even though Wallaby ace Kurtley Beale makes his home Premiership bow at full-back with Elliot Daly returning at outside centre after the suspension he incurred for his dismissal for England against Argentina, there is little danger of second-placed Wasps underestimating the danger of third-placed Bath. Francois Louw and Taulupe Faletau are in the visiting back row.

The teams met four times last season with Bath winning 25-23 in early December at the Ricoh Arena in the Champions Cup. That came two months after losing 16-9 in Coventry in the league and Wasps won 36-10 (Europe) and 24-18 at the Rec.

There have been some close shaves in Wasps’ home success streak too – particularly in key contests such as last season’s Champions Cup quarter-final against Exeter.

Under the guidance of coach Todd Blackadder, Bath have undoubtedly rediscovered the mojo that took them to the Premiership Grand Final two seasons ago as demonstrated best by their 14-11 home league win over Saracens three weeks ago.

However, Bath have lost their last three away games in all competitions and as well as getting dragged into a dire Challenge Cup derby battle with Bristol, they have lost their only away league game so far at an outfit – Leicester – that currently comes close to Wasps for a fluent combination of dynamism and power in the pack and nous, pace and verve in the backs.

Leaders Saracens bounced back from that defeat at Bath with two comprehensive wins over Sale in the Champions Cup and are asked to give up 20 points to Newcastle.

But with the Falcons winning their last two league games and losing only 29-18, 23-14 and 22-17 on their last three visits to Allianz Park in all competitions, backing Sarries centre Nick Tompkins to score a try appeals.

The 21-year-old, who was an Under-20 World Championship runner-up in 2015 with England, has scored two tries this season and has crossed the whitewash in three of his five league and cup appearances against Newcastle.

Fifth-placed Exeter against fourth-placed Leicester is a third intriguing Premiership game with the hosting Chiefs asked to give up eight points to the Tigers. Leicester lost 19-6 at Sandy Park last season.