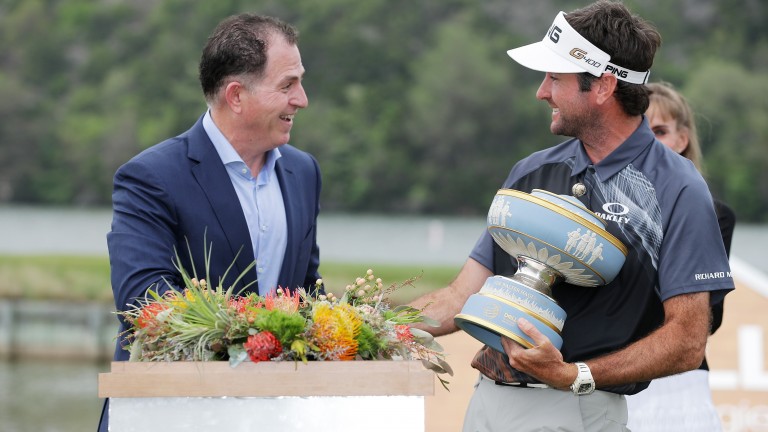 Bubba Watson is 16-1 from 25-1 to win a third Green Jacket at The Masters next week following his dominant victory in the WGC-Dell Technologies Match Play.

Watson, the Augusta hero in 2012 and 2014, scored his first US Tour victory for two years at last month's Genesis Open and the Floridian backed up that performance by storming to a second WGC title, pocketing $1.3m and justifying ante-post odds of 50-1.

The 39-year-old defeated Justin Thomas 3 & 2 in the semi-finals, denying his opponent the chance to leapfrog Dustin Johnson at the head of the world rankings, before hammering his fellow University of Georgia alumnus Kevin Kisner 7 & 6 in the final.

His performance in Austin had bookmakers rushing to cut Watson's Augusta odds for what promises to be a fascinating first Major of the year following the return to form of Phil Mickelson, Rory McIlroy and Tiger Woods in recent weeks.

Bet365 offered Watson at 60-1 when they opened their Masters market while Woods's odds have tumbled from 80-1 to 10-1 as he bids for a fifth Green Jacket and a first since 2005.

McIlroy remains favourite with most firms after his brilliant victory in the Arnold Palmer Invitational while Thomas, Johnson, Justin Rose and Augusta specialist Jordan Spieth are all in close attendance.

Rose, Spieth, Mickelson, Henrik Stenson and Rickie Fowler are among the stellar names who will compete in the Houston Open this week in a bid to sharpen up for Augusta. Rose heads the market at 10-1.