Bulls may not have it all their own way against Sunwolves

Powerful Pretora outfit have lost five of six on the road 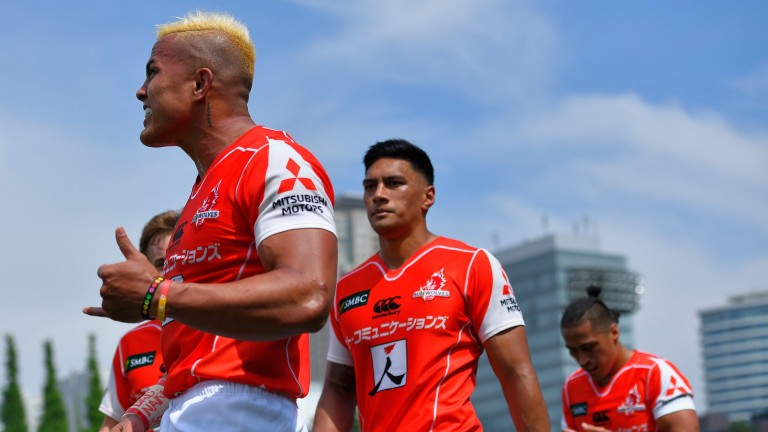 The Chiefs look worth a wager with a five-point start from a strong-looking Highlanders in Suva. Liam Squire is the only absentee for the men from the bottom of the South Island.

The Waikato outfit have played twice before in Fiji, losing 31-27 last year to the then-unbeaten Crusaders and beating the red and black machine 23-13 in 2016 when they were setting the pace.

And they have enjoyed a decent set of results on the road this campaign despite a long injury list, with four wins out of seven and a losing bonus from their trip to the Sharks in Durban courtesy of a try with the clock in the red.

The Chiefs are not at full strength yet but they have a pack that should compete at the set-piece and breakdown and their backline, with Damian McKenzie at the controls, is full of livewire runners.

Of course, when the Highlanders' bosses agreed to the Suva switch they had know idea the team would stretch their Dunedin winning run to 11 games this term. And they have won three away games this time too, although two of those were by one and three points.

The Hurricanes have enjoyed three wide-margin wins in their last four meetings with the Brumbies, including a 35-16 quarter-final in Canberra last year, but a bet on the hosts with a start of 12 points appeals on what is forecast to be a cold and breezy night in the Aussie capital.

This is the final game of a disappointing season at the Gio Stadium and a Brumbies win will keep alive the slim hopes of sneaking into the quarter-finals generated by back-to-back victories before the international break.

A home triumph over the Sunwolves is nothing to get excited about but there is always plenty of merit in a triumph over the Bulls in Pretoria and the Brumbies have only truly been dismantled at home by the Crusaders this term.

As well as the success over the Sunwolves, there have been comfortable Canberra wins over the Reds and Sharks for the Brumbies and single-figure losses to the Rebels, Jaguares and Waratahs,

The Canes are safely in the knockout stages but have little chance of overhauling the Crusaders for top spot in the New Zealand Conference and, with brilliant fly-half Beauden Barrett sidelined, they be more focused on next week's last home clash with the Blues and their finale at the Chiefs to secure a quarter-final in Wellington.

They lost their last two games before the international break at the Highlanders and Crusaders and, while they hacked up at the Blues, Rebels and Jaguares, they were also gored at the Bulls in their opener.

The Sunwolves with a start of nine points from the Bulls is the selection in Singapore.

The somewhat itinerant Sunwolves are bidding for a hat-trick of 'home' victories after wins in Tokyo over the Reds in week 13 and over the Stormers in Hong Kong in week 14.

And while their 41-31 loss to the Brumbies in Canberra in week 16 shows that Super Rugby-winning head coach Jamie Joseph has still not solved their defensive deficiencies, they remain a capable outfit when going through phases on attack.

The Bulls name most of their men involved in South Africa's 2-1 series success over England but they are bottom of the South African Conference, needing miracles to make the knockout stages, and a loose rather than intense game is likely.

The Bulls have lost five of six away from Lofus Versfeld this campaign and the one runaway win over the Sharks in Durban came during a deluge and after the Sharks had just returned from their antipodean tour.

Return to racingpost.com/sport for the final two Super Rugby round 17 verdicts on Saturday lunchtime