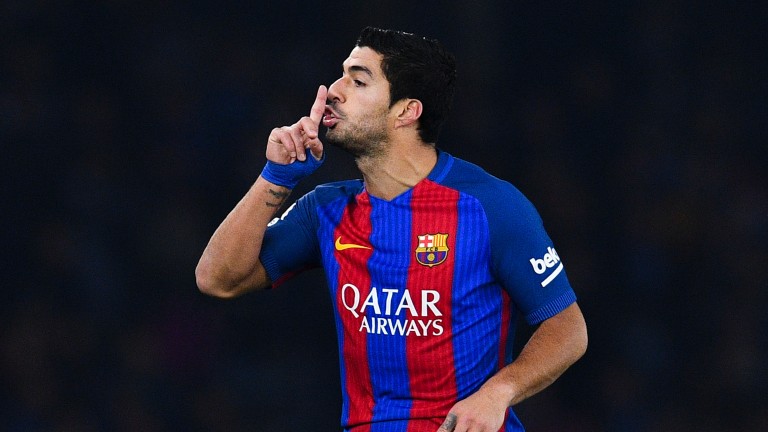 Real Sociedad v Villarreal Sky Sports 2, 11am
Sociedad hold a five-point advantage over Villarreal in their tussle for European football and they can extend that gap with victory at the Anoeta Stadium.

Only title-chasing duo Seville and Real Madrid have prevailed at Sociedad and it's unlikely the Yellow Submarine, who have won just twice on their travels this term and were hammered by Roma on Thursday, can match their heroics.

The visitors have failed to score in four of their last five matches on the road and draws with Espanyol and Leganes suggest they are a different side away from their Bilbao base.

Celta Vigo v Osasuna Sky Sports 3, 5.30pm
Osasuna's fate is all but sealed and they may struggle to contain a Celta Vigo side who have lost just one of their last six La Liga matches at the Balaidos.

The relegation-bound visitors are on a 14-game winless streak but they carry a potent attacking threat and can be supported to notch a consolation.

Barcelona v Leganes Sky Sports 3, 7.45pm
Barcelona left Paris with their Champions League bid in tatters on Tuesday night but lowly Leganes will have to brace themselves for a reaction.

The Madrid minnows have not won since November and Barca could pick them apart if they're in the mood to bounce back from their 4-0 gubbing at the hands of Paris St-Germain.