Name change should be an option for buyers of overseas horses

Evidence shows French names can be off-putting for punters 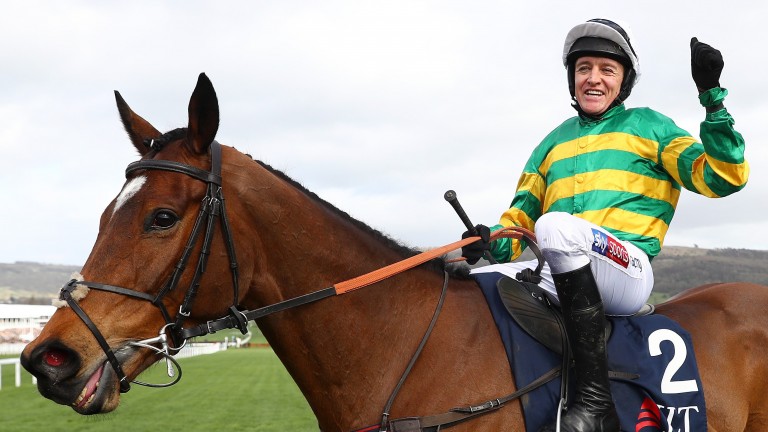 The highlight of this weekend’s action will be the rematch between Defi Du Seuil and Un De Sceaux, while favourites on the Ascot undercard include Pic d’Orhy and Espoir De Guye.

Meanwhile, between now and mid-March many of us will be carefully assessing the victory chances of the likes of Benie Des Dieux, Chacun Pour Soi, Fakir D’Oudaries, A Plus Tard and Clan Des Obeaux.

Put simply, there are a lot of horses running in Britain and Ireland these days with French names. I would argue too many.

The first thing to vehemently point out is that this opinion does not come from some kind of grotesque Katie Hopkins-style viewpoint. I’m not typing these words in my union jack vest moaning at all these bloody foreign horses coming over here, nicking our prize-money, etc.

If you can find a less patriotic person than me you’ll have done well. None of us had any control over where we were born, and extremely grateful though I am to have left the womb in a relatively safe western democracy, my nationality gives me no particular sense of pride. I was just fortunate.

The issue I have with the proliferation of French names is simply that they are often awkward to pronounce, spell or refer to. French is a wonderful language but it’s no picnic to master, with each verbally expressed syllable seemingly having upwards of half a dozen possible ways of being spelled.

Back in the 1980s there was something of a thrill when a horse with a French name appeared on a card. I can remember looking at the 1984 Grand National line-up and being fascinated that a horse called Jivago De Neuvy was competing.

But since then there has been a steady increase in the number of jumps horses coming across the Channel and now punters face elocutional challenges every day if they want to discuss races, while writing out betting slips often involves far more checking of your selection’s nomenclature than used to be the case. 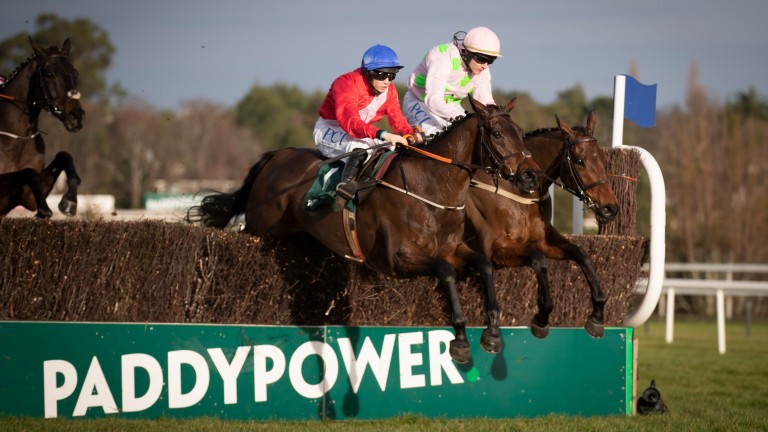 This is not racing’s biggest problem by a long way, but it is a bona fide issue, not least on the evidence of some work a trading director for a leading bookmaker carried out a couple of years ago.

He had a hunch that horses with foreign names attracted fewer wagers in his company’s shops, and ordered a study that validated his theory and proved such runners were tangibly underbet.

There’s a reason why if you look at a field for a virtual race the runners are called things like Terry’s Girl and Anfield Andy rather than Vixarre Du Chatelierrat.

Quite apart from the fact some punters just want to have a bet rather than take part in a spelling bee, it is a shame owners who buy a horse, often at spectacular expense, with a name that doesn’t necessarily trip off the tongue are unable to choose their own one.

I speak from personal experience here, albeit the name of the one and only beast I ever had a share in wasn’t foreign, it was just not one we would have opted for given the chance.

Hey Little Boy had run in Germany before we acquired him so we were stuck with the name, which wasn’t an issue when he thrilled us by winning his first race and earning a 66-1 quote for the Albert Bartlett, but became increasingly harder to stomach with each subsequent disappointing performance.

You obviously can’t have horses changing their name as often as Nicolas Anelka changed his club, but I don’t see why there shouldn’t be a single opportunity to rename a horse if it goes from being trained in one country to another.

That is not permitted in Europe yet horses being exported to Hong Kong can be given a new name, and there have been some subtle moniker changes when horses have ventured to Australia for their big races.

Prince Of Arran had to race as A Prince Of Arran at one point and Cliffs Of Moher became The Cliffsofmoher, in both cases because there was a local horse of the same name and breeding suffixes were not an accepted differentiator.

A single name change would not cause much chaos. It would be easy to denote with a racecard symbol and a line on the career form page that a horse had been renamed.

Indeed there are occasions when new names are demanded, as would have been the case had a French horse by the name of Big Tits ever been sent to race in Britain, which it wasn’t.

And there is clearly some sensitivity around names in the corridors of the BHA, otherwise Marwan Koukash would not have been told to take a temporary break from naming horses after his son Gabrial because they considered there were too many of them.

I would find it easier to tell apart a dozen horses whose names included Gabrial than 12 horses with French names, and am adamant it would be less confusing to give such horses an identity more relatable to local racing fans than to continue to make them deal with such an intense Gallic flavour to racecards.

Sky Bet are a phenomenally successful company, having elevated themselves from a reasonably buoyant online bookmaker to a giant alongside bet365 in the new pecking order.

Under the leadership of recently-departed chief executive Richard Flint they grew spectacularly, leveraging their relationship with Sky TV, nailing their tech and consequently amassing a huge client base with an enviable number of single account holders.

They do far more things right than wrong, including their commendable recent message that their refunds take the form of actual cash rather than free bets.

But there is one area in which they come up short in a way that does not reflect the generally high standards to which they adhere elsewhere.

The betting industry has largely accepted that if you are a bookmaker you should make a book and that means offering prices on all possible outcomes.

There are times when Sky Bet fail to do this, particularly when it comes to the increasingly popular area of stats-based football markets, where the work of data-collectors such as Opta has opened up a new range of betting opportunities based on team and player shots, assists, passes and more.

These are mostly standard over/under markets but Sky Bet tend not to bother with the ‘under’ element and there are times when that can lead to customers suspecting they are not getting particularly appealing prices.

Take, as a recent example, their quotes for total completed passes for the recent Premier League game between Brighton and Chelsea. They offered evens 1,140 or more, 11-2 1,460 or more and 22-1 at least 1,660. None of the three prices was accompanied with odds for the line to finish under the quote.

As someone who has become interested in passes markets in recent years I can safely say that had they gone 8-11, or even 1-7 for that matter, under 1,140 passes they would have been almost certain to have sustained heavy losses.

It is extremely rare for passes in any football match to hit four figures and 1,140 is a blue moon job, which makes over 1,460 passes pretty much the worst 11-2 shot in the history of betting. Brighton and Chelsea combined to complete 813 passes.

It is not essential that every market has a price not to happen. When it comes to request-a-bets, for instance, an area in which Sky Bet pioneered brilliantly, there is nothing wrong with offering 80-1 that both teams score in both halves and both get two corners in each half without having to go 1-300 that it doesn’t happen.

But in straight over/under markets it is hard to think of a good reason why only the overs are quoted.

FIRST PUBLISHED 7:00AM, JAN 16 2020
French is a wonderful language but it’s no picnic to master