Whatever happens, we will experience an outcome unlike anything we have known 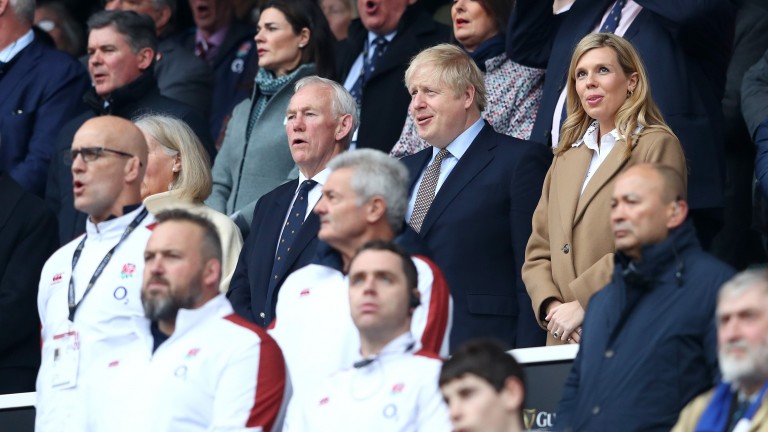 Who would have thought the hideous attempt to improve football by introducing video refereeing in such a botched manner would not end up being the defining element of the 2019-20 campaign?

Yet that is what has happened as the virus has moved VAR from the gallows to the naughty step, relegating it to a mere footnote, and inflicting a far more serious disruption to our beloved national sport.

I say serious, but of course it is no big deal in comparison to the potentially catastrophic threat to human lives.

How big is that threat? Nobody knows, and anyone who claims they do has either spent much of their life studying the effects of epidemics and contagious illnesses or is a pure guesser.

And boy are there some guessers out there. I spent a couple of weeks in Australia recently and returned convinced I was just about the only social media user in Britain who had not been on a course to learn all about coronavirus, such was the welter of opinions from everyone from sports journalists and pop stars to children’s TV presenters.

Moreover, the general tone of the discourse on these platforms tends to lean towards the dramatic and exaggerated. And when you add in the situation whereby most traditional media companies are going to rev up the coronavirus story to generate valuable clicks it’s no surprise that when Boris Johnson announced on Thursday that, on the advice of the medical experts at his disposal, the government had no plans to cancel everything and force the population into isolation everyone seemed utterly amazed that he hadn’t listened to, say, Professor Piers Morgan.

Time will tell how this extraordinary and worrying situation pans out, but while remaining mindful that sport is the least of the planet’s concerns at this point, it is worth focusing on the ­ramifications of the disruption to the calendar because they are unprecedented.

First, what happens to the football season now everything is on hold until at least April 4? How would league positions be settled if the suspension had to be continued right through the summer?

If that proved to be the case the options would be probably be as follows:

If everyone agreed that the formula was fair they would have to abide by the outcome even though it would obviously distort the tables as they stand in a way that would horrify some clubs.

The trouble is, unless there are contingencies that are woven into the league rules that are beyond challenge, the clubs that would suffer as a result of whatever decision is made would go straight to their lawyers and boring litigation would be likely to drag on for ages.

Hopefully infection rates slow down, the world breathes a sigh of relief and the show gets back on the road, in which case, where the minor issue of football is concerned, the challenge will be to cram in the remaining fixtures.

It seems increasingly likely Euro 20 will become Euro 21 in which case it might be possible to elongate the current season, get them playing twice a week and then, if necessary, can next term’s Carabao Cup and EFL Trophy and start the 2020-21 campaign a bit later.

Whatever happens, we will experience an outcome unlike anything we have known before, and ante-post punters will be keen to discover where their wagers stand.

Where racing is concerned the show currently goes on even though it is hard to escape the feeling that we may well look back to this week in a month’s time and wonder how on earth the 2020 Cheltenham Festival took place.

If meetings can go ahead with no crowds an industry SP will presumably be used and, as with many aspects of how we react to the epidemic, it is not impossible this will be an example of a temporary move that becomes permanent.

So many questions and, as things stand, so few answers, but as we plough nervously into the unknown, the best answer most of us can give right now to the question of what is going to happen is: I don’t know.