Plus, why I long for a return to Paris but have no love for Norwich 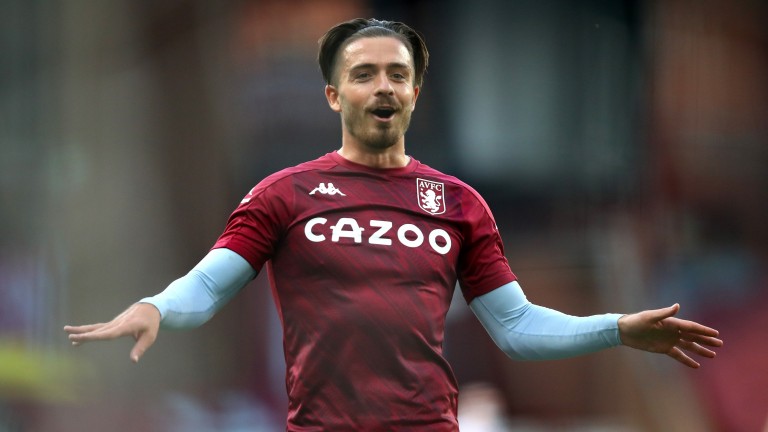 He was at it again on Monday, gliding majestically around the Craven Cottage pitch, making things happen, petrifying the Fulham defence. Not just the conductor of the orchestra, but the lead violinist and indeed solo virtuoso for most of the concert.

Jack Grealish is pretty much England’s best footballer, yet he has to rely on inferior performers getting injured just to be able to squeeze on to the Three Lions bench and, more confusingly, still plays for Aston Villa.

It is another glaring example of how clueless some of those who recruit footballers are. It should not be possible to top the decision to pay more than £70 million for Kepa Arrizabalaga for sheer gormlessness, but spurning the opportunity to acquire the phenomenally talented Grealish is something that should shame every individual in charge of one of Europe’s big clubs.

Grealish has always been an outstanding talent but despite fulfilling his early promise even more spectacularly than anyone could have expected he is still, like De Niro playing Buttons in a village hall production of Cinderella, having to perform on a stage that is totally unsuitable for someone of his astonishing ability.

To understand why this is the case you have to delve into the worst misconceptions and biases that still exist in English football.

Nonsensical belief number one: he is fine being a big fish in a small pond but wouldn’t be able to hack it when stepping up to a better team.

This absurd allegation is also made in regard to the Premier League’s other one-man band, Wilfried Zaha. It is garbage for the simple reason that it is easier to play football in a better team.

Grealish and Zaha are the only people opposition teams have to worry about so they get marked incredibly heavily. If either was part of one of the best sides in England it would not be possible for managers to devote so much defensive resource to suppressing them.

Put three people on Grealish when he is wearing a Manchester City shirt and it would give Sterling, Mahrez and the other stars room to create havoc.

And if Grealish was a member of an elite side he would have other great players on his wavelength.

Nonsensical belief number two: Grealish’s value to Villa is greater than his value to a bigger club. This is illogical. Yes, Villa would undoubtedly be relegated if they sold him, but the bigger clubs would all improve significantly for having him in their ranks, making him a great value acquisition.

It is hard to think what goes through a head of recruitment’s mind when they look at Grealish and decide not to buy him. There is nothing he cannot do.

His movement, touch, bravery, eye for goal and ability to deliver a killer ball are all proven beyond doubt, and yet he languishes on the shelf like a Rolls-Royce gathering dust in the showroom.

And he also boasts remarkable levels of consistency for a flair player. It is almost impossible to think of a Villa game in which he has not been the major influence.

Having just turned 25, Grealish is reaching his prime. He has seven or eight stunningly brilliant years ahead of him and it is a sin that the top clubs and his national team undervalue him so badly.

He is better than Mason Mount, Phil Foden and any of the other dazzling creative talents that Gareth Southgate is lucky enough to be able to select.

I can only conclude that it is a hangover of an old English attitude that treats natural, slightly maverick talent with such suspicion. But Wayne Rooney, Paul Gascoigne and others from that mould were given their chance to shine fully and it would be a sporting tragedy if Grealish was never allowed to dance on the biggest stages.

One aspect of the pre-season football markets that baffled me was the love being shown to Norwich. It still exists and still baffles me.

Did I dream their pathetic 2019-20 campaign, in which they finished hopelessly tailed off and culminated with ten successive defeats? You’d be justified in believing that to be the case given they started this season at shorter odds than fellow relegation victims Watford and Bournemouth, both of whom finished with 13 points more than the Canaries.

Because Norwich are, along with West Brom, the masters of the yo-yo movement between the top two divisions, there appears to be an assumption that this will always be the case and they will bounce straight back up. It’s not that simple.

Yes, they have created continuity by retaining the manager and most of their players, but who wants continuity of the kind of feeble football that saw them sink without trace last term?

Despite starting the recovery mission with a win, a draw and defeat, none of which included an impressive performance, Norwich are no bigger now than they were at the outset, and there are reports of disunity emerging from the camp with a couple of wantaway aces said to be showing a less than committed attitude.

So it is time to step in and take the value that the East Anglians’ unjustifiably lofty perch in the betting helps to create.

Relegated sides do not have a great record in the Championship, but this year might be different in that coronavirus uncertainty means many existing clubs in the division are far less inclined to try to spend their way into the top flight.

Therefore much will depend on how few of their best players Watford, Norwich and Bournemouth lose between now and the end of the transfer window on Monday.

Unless there is a wholesale clearout at Bournemouth in the coming days I believe they are excellent value to bounce straight back, and, having beaten Norwich at the weekend, I cannot comprehend why they are still around two points bigger than the Canaries for the title.

They have already lost a number of last season’s better performers, but a look through their squad list shows they can still field a strong side at this level and should have sufficient depth to maintain performance levels throughout a busy winter.

We all fell in love with the Cherries as they rose from the depths of League Two to beat the big guns of English football, but for some reason few seemed to mourn their demise.

They have already shown enough this term to suggest they will be extremely competitive and rather than continue to try to work out why Norwich are shorter than them I shall instead back them to win the Championship at highly attractive odds of 8-1.

With the exception of the two Chantilly years, the first Sunday in October has, since 2008, been spent as follows...

Wake up at 7am. This has got progressively later as I try to further truncate the already mindblowingly short time it takes to get from pillow to Paris.

Try to find a taxi driver who has the remotest clue what or where Longchamp is. This is a test. Occasionally they nail it with no fuss but usually you go all around the houses, including once when the nearest I got to watching the Abbaye was seeing the runners getting loaded as we drove on a road at the back of the 5f start.

Enter racecourse. Meet colleagues and friends, eat, drink, bet, chat, wander around, try to find someone who can help me get my losses back in the handicap that closes the card.

Leave racecourse, join absurdly long queue for free coaches back to the unhelpfully remote spot at which you get dropped, walk back to hotel. Go out.

The first Monday in October involves a leisurely stroll around the most beautiful city I have been to and a long lunch at the sensational Fontaine de Mars with the best of company and then back home, glowing with joy that I am lucky enough to enjoy such a wonderful experience every year.

That won’t, of course, be happening this weekend, and that is just one of many regrets about the effects of the virus.

But Paris won’t run away, as my mum would say, and hopefully I and the tens of thousands of other people for whom Arc weekend is one of the highlights of the year will be able to return in 2021 to savour a truly majestic day’s racing in a stunningly gorgeous city.

It would have been special to have watched Enable, Love and Stradivarius battle it out in the flesh, but if missing the Arc is at the top of your list of sacrifices to make during this horrible time you can count yourself extremely lucky.