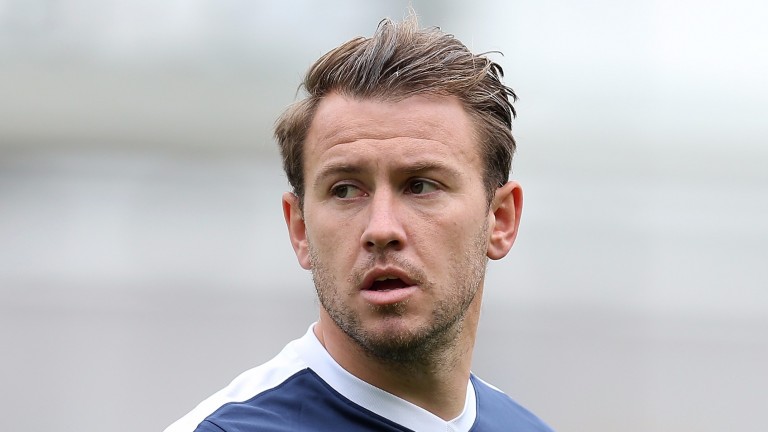 Oldham v Southend
Bookmakers came bearing gifts to many domestic football punters on Wednesday as seven out of eight Premier League favourites did the business but there are no easy presents on a tough card in the final coupon before Christmas.

There are a number of tricky matches in the Sky Bet Football League, although one cracker comes in the form of Southend, who celebrated their Christmas party in fancy dress after beating Coventry on Saturday and can continue the feelgood factor at Oldham.

Phil Brown's side are totally unrecognisable from the rabble which started the Sky Bet League One campaign with a 3-1 home loss to Gillingham and were still looking like relegation fodder in early October.

They have not lost in nine league matches since a woeful 3-0 hammering at Rochdale and there are logical reasons for the improvement.

The signings of Nile Ranger and Anton Ferdinand have seen Southend improve in both boxes, while Anthony Wordsworth's return from injury has been hugely influential to the midfield.

Brown has nice combinations all over the pitch with Ferdinand alongside Adam Thompson at the heart of the defence, underrated midfielder Ryan Leonard is an excellent foil for goalgetter Wordsworth and Ranger's power goes nicely with the clever Simon Cox.

The troubled Ranger has found himself hitting the headlines for off-field issues again this week but Southend are sticking by their man after he pleaded not guilty to fraud charges.

It would help the bet should Ranger be selected - Brown said he will check the body language of the former Newcastle striker in training - but it may not be essential against Oldham.

Left-winger Stephen McLaughlin is playing as well as he has done all season and with Southend up to eighth they seem to genuinely believe a playoff push is possible.

Oldham are 21st , having won only three of their 20 league matches this season and only 12 goals have been scored with Athletic failing to notch in 12 of those fixtures, including seven times at home.

Chesterfield v Bolton
Chesterfield have lost ten of their 11 matches against top-half opponents this season and that does not bode well for the visit of third-placed Bolton.

Scunthorpe (3-0) and Sheffield United (4-1) were easy winners at Chesterfield and this is a similar calibre of opponent.

The Spireites have conceded 37 league goals this season and 15 have been shipped in the last five of those matches.

Bolton have won nine of their last ten league outings and the last four of those have been to nil.

The Mark Beevers-David Wheater centre-back pairing looks the best in the league and Wanderers may need only one goal to bag maximum points.

However, Bolton are capable of much more than that.

The front four Sammy Ameboi, Josh Vela, Zach Clough and Gary Madine bring something different to an attack which is improving and that variety should land the odds.

Cambridge v Crewe
Two teams heading in very different directions meet in Sky Bet League Two and it's Cambridge who can continue their improvement with a win over Crewe.

Shaun Derry looked in serious danger of losing his job when Cambridge hit rock-bottom following a 2-1 home loss to Morecambe in September before producing much better results.

Cambridge have triumphed in eight of their last 12 league games and also progressed through to the FA Cup third round with 4-0 and 5-0 wins over Coventry and Hartlepool earlier this month highlighting the upturn in United's fortunes.

League Two is congested but Cambridge are up to ninth and they look fairly priced to take advantage of Crewe's problems.

Last month's 4-1 home FA Cup reverse to struggling Cheltenham was an absolute shocker which has been followed more recently by a 4-0 defeat at Colchester and a 2-0 home loss against Crawley.

Banker
Bolton (5-6)
Wanderers have won nine of their last ten league games and are looking strong defensively. The same cannot be said for leaky hosts Chesterfield.

Blowout
Exeter (5-4)
It’s a weird situation with Exeter having gained all seven league wins on the road and that will probably change soon. However, there is no desire to get stuck into the Devon hosts as Mansfield possess enough nous to take advantage of any remaining home jitters.

Hotshot
J Hernandez (7-2)
The Mexican hitman is now on a drought of 13 matches but he was prolific before this dodgy spell and Bayer Leverkusen should create enough chances at home to Ingolstadt to end the barren run.

Thought for the day
Video technology is being used by Fifa at the Club World Cup and asked when he would like to see it brought to the Premier League Arsene Wenger said: "tomorrow morning."

There should be no doubting that it is coming and my guess is that it will make football much worse for it.

Unlike the excellent goalline technology where a decision is known instantly, most footballing laws are nowhere near as clear cut and ace South American journalist Tim Vickery spotted an immediate problem with it during the Club World Cup.

A penalty was awarded after video consultation but Vickery said there was an offside in the build-up. How far back do you go?

It won't be long before football matches take two hours, broadcasters will be sneaking in an extra advert and the video decision will be sponsored... and it still won't get perfect results because so many laws are open to interpretation.

When football is ruined, remember it was the plonkers who blamed the ref for every poor result that ended it as the sport we loved.