Brown can lead the Steelers onslaught

Packers continue to struggle without Rodgers 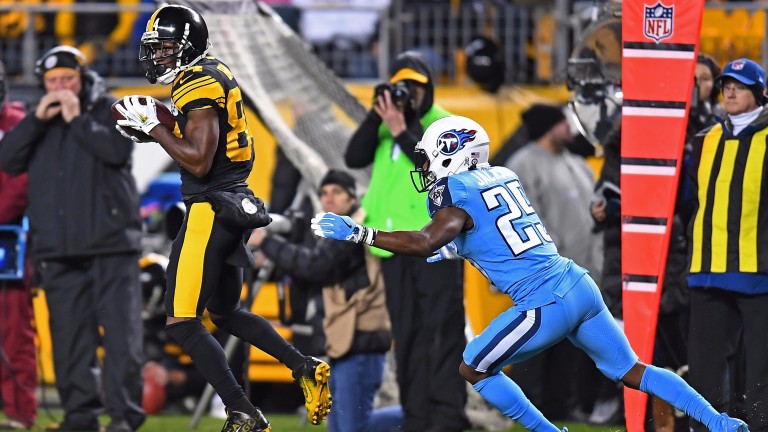 Everything has fallen apart for the Packers since Aaron Rodgers broke his collarbone in their Week Six defeat to Minnesota.

Consequently, the TV schedulers would not have envisaged that they would be handed a 14-point start for their visit to Pittsburgh,where the season looks to be going along swimmingly.

The Steelers have a grip on the top seeding in the AFC and it looks likely that their Week 15 clash with New England will decide which team will have a potential home path through the playoffs.

The size of the handicap may raise a few eyebrows, even though the Packers have to pick up the pieces after being shut out on their own patch against Baltimore last week.

Rodgers' replacement Brett Hundley has understandably struggled and will be put under plenty of pressure, but there have been times this season when Pittsburgh have failed to live up to expectations when heavily favoured.

They allowed an indifferent Jacksonville offence to chalk up 30 points against them when Pittsburgh quarterback Ben Roethlisberger had a stinker and they were also beaten by Chicago in Week Two.

Whether the Packers offence is strong enough to challenge a team who have conceded more than 19 points in just two games this season is debatable and the Steelers could pick up where they left off on the other side of the ball.

Receiver Antonio Brown scored three touchdowns in the 40-17 win over Tennessee and with JuJu Smith-Schuster unavailable, he could see plenty of the ball against a secondary who tend to struggle.

Expect Brown to make the most of any opportunities.