Brooks Koepka can kick clear at the head of Stateside standings 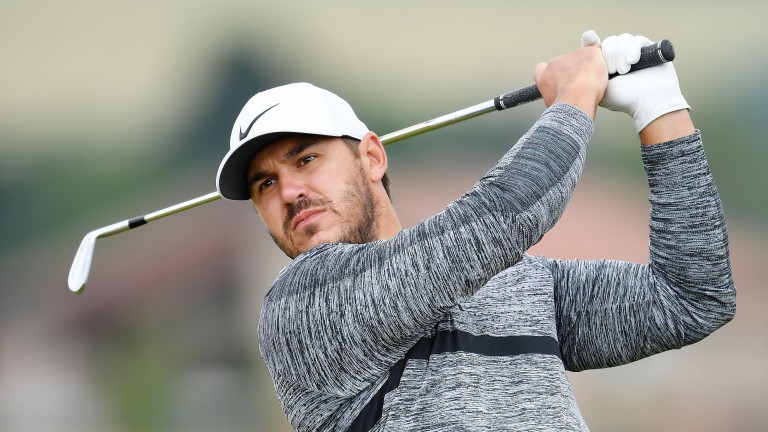 Palmer's top tip
Brooks Koepka 6-1
Brooks Koepka is already top of the US Money List, largely thanks to winning the CJ Cup in Korea at the end of October, and the world number one could easily hold that position come the end of the Stateside season.

Koepka fully deserves his place at the head of the market, given that he is already almost $2m ahead of the biggest danger, Dustin Johnson. While Koepka put early dollar on the board, Johnson tied for 30th place in the WGC-HSBC to make a slow start to his new campaign.

At the age of 28, bursting with confidence, there appears to be no obvious reason why Koepka will not continue to be a threat in any tournament he enters in the new year. Majors are crucial in any money-list success and there is nobody more dangerous in the four biggest events of the season than Koepka these days.

Twelve of his last 13 Major appearances have yielded top-25 finishes. He has won three of the last six Majors he has entered, including the most recent one, and finished fourth in the 2014 US Open prior to this golden streak of Major form.

Koepka has progressive Masters results of 33-21-11 and his last five US PGA form figures are 15-5-4-13-1. He will be gunning for three US Open titles in a row in June, and links combat in the Open Championship holds no fears for him either.

The axing of TPC Boston from the schedule is useful for Koepka, who had poor form figures of MC-57-18 in what was the second event of the FedEx Cup playoffs. There will be only three playoff shootouts this season. And the upgrading of the St Jude Classic to mega-bucks WGC status is another fillip as he has finished second and third in that tournament.

Johnson also loves TPC Southwind – the St Jude Classic venue – and seems the main danger to Koepka. But the older man is winless since July, endured a difficult Ryder Cup, and has shown some off-course frailty. The US Open at Pebble Beach looks a great opportunity for Johnson, but even winning that may not be enough to stop Koepka from banking the most dollar.

Next best
Aaron Wise 150-1
Koepka and Johnson are formidable foes, but Aaron Wise is good enough to make a mockery of the enormous prices against his name by running into a money-list place.

Wise, blessed with a textbook swing, bundles of power and an excellent putting touch, is one of the most promising youngsters in the world and looks well capable of stepping up a level in the year ahead. He made it to the Tour Championship last season, finishing 28th on the money list, and should be banking healthy cheques throughout 2019.

Wise is 51st in the world rankings so it would not take much for him to get into the all-important top 50 and gain access to the most lucrative parties, and his game has looked in terrific order over the closing weeks of 2018.

Sixth spot in the WGC-Bridgestone Invitational was followed by fifth in The Northern Trust before he signed off for the year with a streak of 16-15-15-10 in his final four starts. He shed his maiden tag with an emphatic three-shot triumph in the AT&T Byron Nelson in May and the Las Vegas-based 22-year-old is well worth a gamble for money-list glory.

Other selection
Cameron Champ 33-1
The secret is well and truly out about Cameron Champ – this boy is going places fast and can look forward to a wonderful future – but there is still sufficient juice in his money-list price to justify an each-way investment.

Champ is already in eighth place, thanks mainly to his hugely impressive Sanderson Farms Championship triumph, and that US Tour breakthrough will almost certainly not be the final trophy which lands on his mantelpiece.

Champ, world number 95 and rising, is handicapped by a lack of experience of the US Tour venues, but he is so good that he could easily overcome that disadvantage immediately. His magnificent start to life on the US Tour means future playing rights are already assured, so he can pick and choose the courses which suit him in the new year, attacking tracks tailor-made for his power-packed, ultra-aggressive style.

Champ could fall in love with Kapalua in the opening event of 2019 while the Phoenix Open looks another excellent opportunity. Two big performances in those events could get him in the top 50 of the world rankings before the most important tournaments of the season commence.