Broncos will be hungry to show they can be a force

Chiefs have been rocked by two defeats 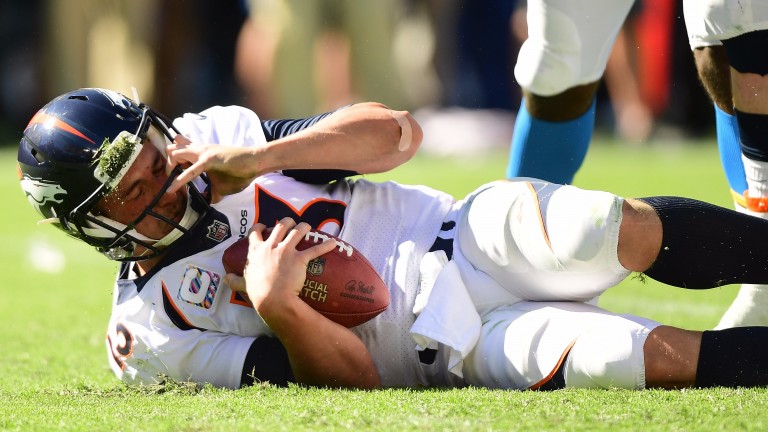 It is two years since Denver grabbed Super Bowl glory thanks to an outstanding defence who bailed out their indifferent offence and the same recipe will have to be followed if the Broncos are going to make the playoffs this year.

They were shut out for the first time since 1992 when they fell to a 21-0 defeat to the Los Angeles Chargers last week and quarterback Trevor Siemian is getting it in the neck.

With alternative Paxton Lynch injured, the Broncos have little option but to persevere with Siemian, and it is probably a good thing that they can get their teeth into another crunch AFC West clash at Kansas City.

Last week’s game was the fourth in a row in which they failed to score more than 16 points and defeats came against Buffalo and the New York Giants who, like the Chargers, cannot be considered among the NFL’s elite outfits.

But there is a huge motivation not only to make up ground on the division leaders by beating them at Arrowhead but to prove they are a good team in front of the Monday Night Football cameras, which tend to be a huge catalyst for improved displays.

Denver’s defence is solid again this season and gives them a chance, while the Chiefs are having their own issues.

Andy Reid’s side beat defending Super Bowl champions New England on the opening night and won their first five games, but they fell against Pittsburgh in their last home game and suffered another loss against divisional rivals Oakland with a late Michael Crabtree touchdown.

While they are going great guns offensively, there are concerns on the other side of the ball as they have given up a whopping 396.3 yards per game, a figure that was eclipsed by only three teams before this week’s fixtures.

It could end up a nervy night for the Arrowhead faithful and, in what looks a potentially low-scoring game, it makes sense to side with the underdogs who have so much to prove.