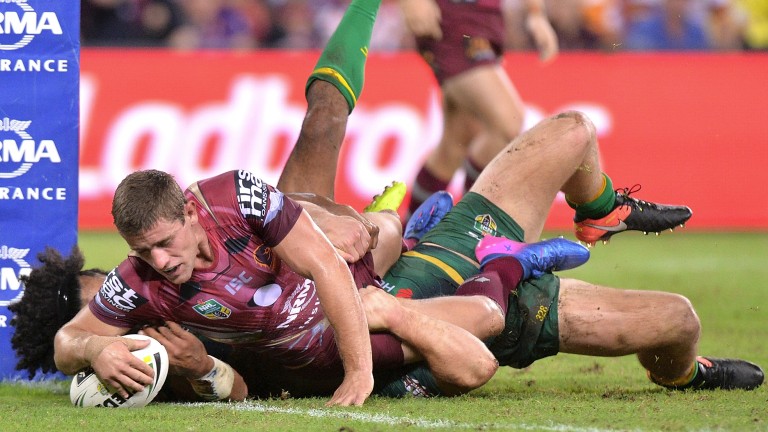 Andrew McCullough scores for the Broncos against Canberra
Getty
1 of 1
By Alex Hilton 8:00PM, MAR 29 2017

Canterbury were gubbed 36-0 by the Manly Sea Eagles last week and the Bulldogs could be muzzled by the Brisbane Broncos when the pair lock horns at ANZ Stadium.

It's been a miserable start to the season for Canterbury, who have won just one of their opening four games while they are the competition's lowest scorers with just 54 points in the plus column. Add to that the opposition's miserly defence and it could be a long 80 minutes for the Dogs.

Brisbane have hardly set the NRL alight in their opening four fixtures, winning two, but they did secure an impressive 13-12 win over Canberra last week so should be in good spirits.

None of Brissie's four matches have been decided a margin greater than six points and that's where a value bet may lie.

The Broncos are 1-3 favourites for this game and give up eight points on the match handicap but backing them to win by one to 12 points at 37-20 with Ladbrokes looks the way to go.

The Bulldogs will look to bounce back from last week's battering but the Broncos are a difficult beast to break down and having won five of the last seven meetings, they should be able to continue their dominance in this fixture.