Broncos can't take anything for granted 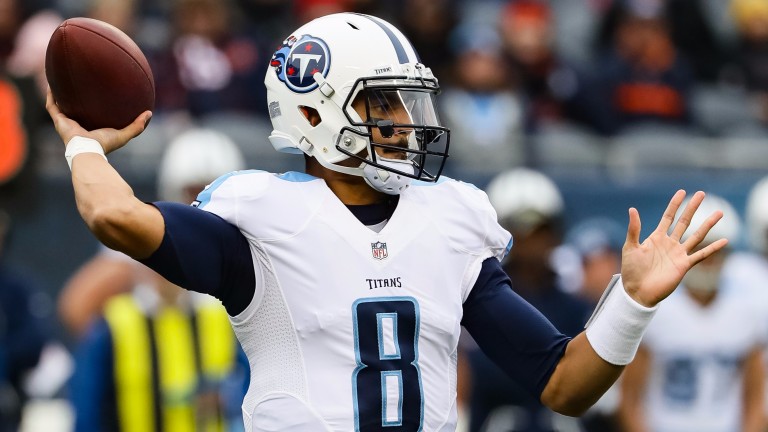 The pressure is on Super Bowl champions Denver to keep up the pace with Kansas City and Oakland in the ultra-competitive AFC West, but they will not be able to take anything for granted against the rejuvenated Titans.

Tennessee are embroiled in a three-way tie at the head of the AFC South and the power of their running game gives them a good chance of inflicting a fifth defeat of the season on the Broncos.

DeMarco Murray has rediscovered the form he demonstrated in his four years at Dallas and is the second most productive rusher in the league.

And he comes up against a defence who are not strong on the ground – their average of 122.8 rushing yards conceded is the sixth worst in the league.

Denver claimed three interceptions as their defence got them out of trouble against struggling Jacksonville last week and even if Trevor Siemian is fit enough to come back in for rookie Paxton Lynch, neither quarterback is as productive as Marcus Mariota, who has thrown two or more touchdown passes in each of his last eight matches.

Tennessee have a 6-6 record and have been unable to string together successive victories since Week Six. But with successes over Detroit, Green Bay and Miami, they have already claimed some notable scalps.

A victory over Denver – whose remaining games are tough tests against New England, the Chiefs and the Raiders – is within their capabilities as they chase their first divisional title since 2008.

Team news
Denver
Quarterback Trevor Siemian is recovering from a foot injury and looks on course to play, while linebacker Brandon Marshall is struggling with a hamstring problem.
Tennessee
Defensive tackle Jurrell Casey has been nursing a foot injury and is questionable.