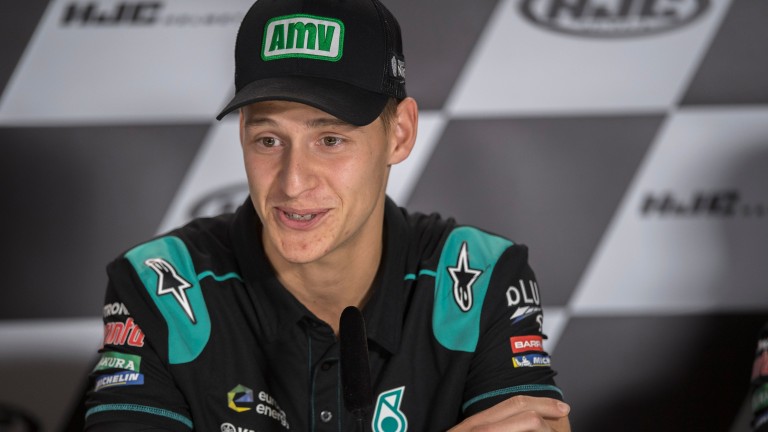 This year's British Grand Prix weekend looks set to be a sizzler, especially compared to last year's washout, but the action on the track should be entertaining too.

French rookie sensation Fabio Quartararo was the star of Friday's practice sessions, setting a scorching laptime in the morning to beat championship leader Marc Marquez by more than half a second with Maverick Vinales two-tenths further back in third on the relaid Silverstone track.

The top three positions were the same in the afternoon session, with Marquez just two-tenths down this time and Vinales half a second back.

The sublime Marquez is favourite to claim pole but Quartararo will have plenty of supporters at 7-4 to stay in front.

There are some welcome signs of life from motorcycling legend Valentino Rossi, who was fourth in the afternoon after filling the same position in the latest race in Austria, but he is likely to be seen in better effect on Sunday than in qualifying.

The opposite is true of Quartararo, who has fared much better on Saturdays than race days, taking three poles this season, and he looks the value bet to stay on top.

FIRST PUBLISHED 6:43PM, AUG 23 2019
The top three positions were the same in the afternoon session, with Marquez just two-tenths down this time