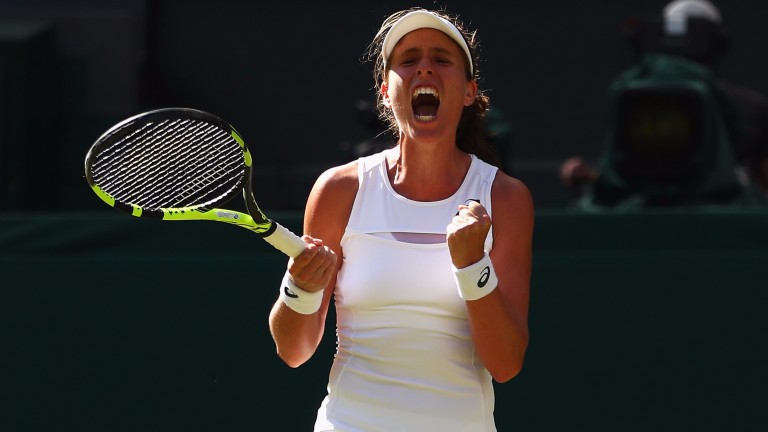 1 The women’s singles has been split wide open

Jo Konta, who was next in the pecking order before Petra Kvitova and Pliskova were dumped out of the competition, has assumed the mantle of favourite, but while the plucky Brit will battle for all she’s worth she too may struggle to cope with the burden of market leadership in the way the Czech mates did.

Konta may be okay for a match or two more, though, with a winnable-looking date with Maria Sakkari today followed by a clash against either Caroline Garcia or Kvitova’s conqueror Madison Brengle if successful.

2 Gulbis could be a danger after outplaying Del Potro

Ernests Gulbis has spurned plenty of opportunities in his career, but perhaps Jelena Ostapenko claiming Latvia’s first Grand Slam at the French Open last month has served to galvanise her compatriot.

Ernie outplayed Juan Martin del Potro in a 6-4 6-4 7-6 victory on Court Three and will next face Novak Djokovic.

The Serb is still trying to regain confidence so would do well to respect Gulbis.

3 Sveta is giving this latest shot at Wimbledon her all

Kuznetsova won the US Open in 2004 and the French Open in 2009, but it always seemed as if grass was by some way her weakest surface.

Of course, there’s a long way to go in the tournament and that belief still stands, but her round-of-64 win suggests the sturdy St Petersburg native will take some shifting.