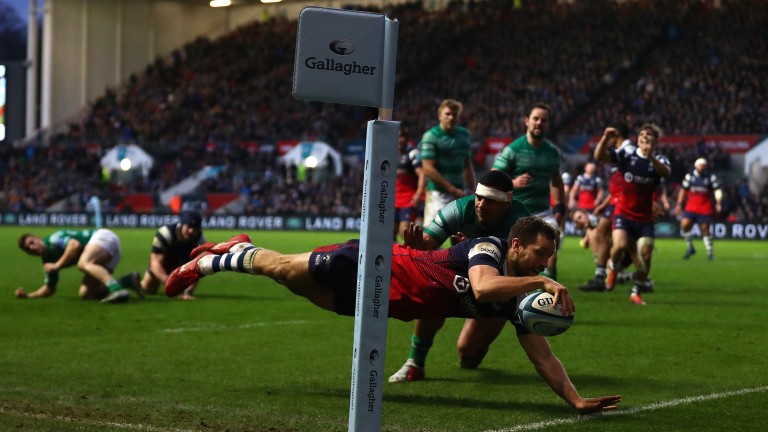 Gloucester are walking on air after back-to-back victories over the Premiership's top two Exeter and Saracens.

But any thought that a trip to second-bottom Bristol is a step down in grade has been firmly rejected by Cherry & Whites coach Johan Ackermann.

Gloucester were comfortable winners over Bristol at home in round three, scoring five tries to one in a 35-13 victory. But the Bears are a different proposition on home soil at Ashton Gate, particularly with a vociferous derby crowd behind them.

Four victories - over Bath, Harlequins, Leicester and Newcastle - and three bonus-point defeats - to Northampton, Exeter and Wasps - shows that Bristol are unlikely to be pushovers.

As would be expected from a side coached by Pat Lam, Bristol show plenty of ambition and attacking intent. They have scored 11 tries in their last three home matches and the return of Australian winger Luke Morahan is a big boost to a line-up that also features the searing pace and skills of Kiwi Charles Piutau.

Bristol can at least keep this close with a battling performance and they are not without hope of claiming another scalp at home.

In the Pro14, runaway Conference B leaders Leinster are looking for a fifth successive league win this year when they host Cheetahs (Premier Sport 1, 7.35pm).

The Irish outfit have covered the handicap in only two of their last six Pro14 matches. Unsurprisingly, bookmakers hand Leinster another hefty handicap task by asking them to successfully concede 24 points.

The handicap was 37 points for the visit of South Africa's Kings last week and they just rewarded their backers with a 59-19 success.