Andalusians have won four on the spin conceding only one goal 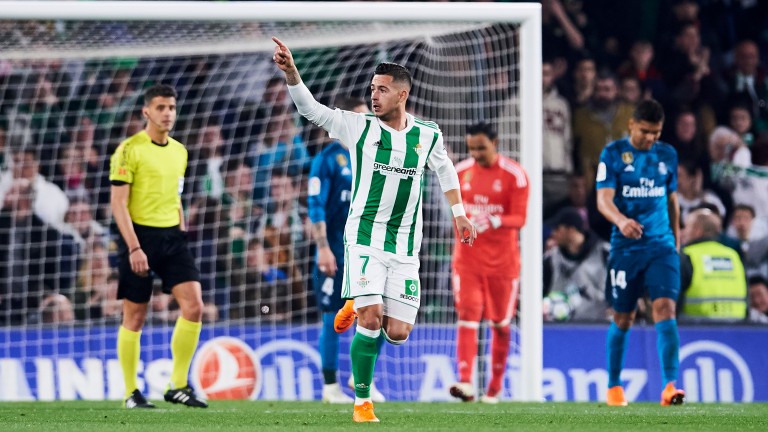 Girona have impressed in their debut season in La Liga and the Catalonians are pushing for a top-half finish, but visitors Real Betis look value to edge the battle of this season’s surprise packages.

The Andalusian outfit are on a hot streak, having won their last four, conceding only one goal in the process, while hosts Girona go into the match after a 5-1 drubbing by a struggling Real Sociedad side.

Only relegation-bound Deportivo and Las Palmas have conceded more than Real Betis’s tally of 53 this season, but Quique Setien’s attack seem to have found a way to overcome that problem and their 52 league goals scored is more than second-placed Atletico Madrid.

The visitors lost Antonio Sanabria to injury earlier in the season, but Sergio Leon has done well spearheading the Betis attack in his absence, scoring 11 league goals this campaign. Lorenzo Moron and veteran Joaquin bolster their attacking armoury and have nine goals between them in La Liga.

Betis have a great chance to pull away from out-of-form Villarreal, who are below them in sixth, and seventh-placed Sevilla.