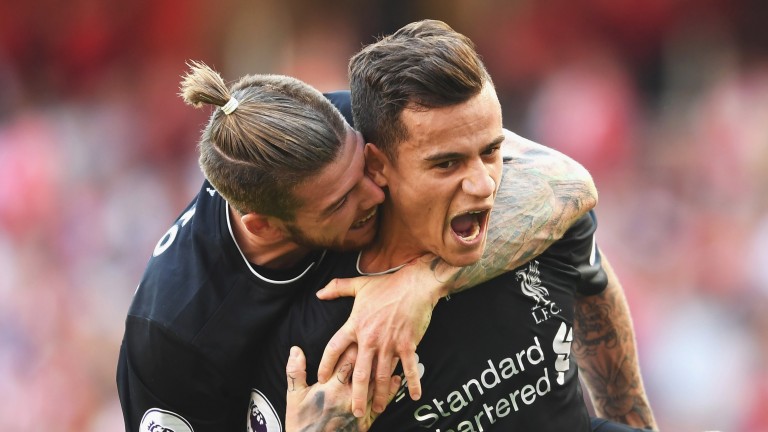 It is said in relationships that absence makes the heart grow fonder but that does not ring true in the Premier League Player of the Year betting.

Philippe Coutinho was 5-1 to win the award before he was injured against Sunderland and in less than a month the brilliant Brazilian has drifted to more than double those odds.

Coutinho will soon be back, no doubt causing the kind of havoc which made him the standout player earlier in the Premier League season and saw him linked with a move to Barcelona.

Eden Hazard and Diego Costa are obvious challengers but the Chelsea duo could split the Blues vote and Coutinho seems overpriced considering he has been absent for only one month.

He has returned to training and could face Manchester City on New Year's Eve.

Our Premier League ante-post special bets are in excellent shape and if the odds are right there should be a healthy payday to come on top of Francesco Guidolin in the sack race (5-1) and Watford to be in the bottom three at the end of August (11-5) which have already collected.

A lay of Arsenal to finish in the top two was advised on Betfair at 2.98 ante-post and it could be worth pushing the boat out further by taking Coral's 2-1 about them finishing outside the top four.

The Gunners have never missed out on Champions League qualification under Arsene Wenger but there is a first time for everything and the threat from Tottenham and Manchester United makes fourth-placed Arsenal more vulnerable than ever.

Arsenal have a one-point advantage over Spurs and are four points superior to United, although there are reasons for believing both can step up on their efforts from the opening 17 rounds.

Jose Mourinho took time to find his best 11 at Old Trafford but there is a better balance to the team with Michael Carrick alongside Ander Herrera, while the "what a waste of money" chants from opposition fans aimed at Paul Pogba have quietened recently.

There is a genuine goal threat with Zlatan Ibrahimovic leading the line and in last month's 1-1 draw with Arsenal it was pretty clear which way these two sides were heading. It finished 1-1 but the Old Trafford visitors scored with their only attempt on target.

United appear most likely to chase Arsenal down but don't totally rule Spurs out of the equation.

Only twice this season has Mauricio Pochettino been able to field his strongest spine of Toby Alderweireld, Mousa Dembele and Harry Kane due to injury problems for the influential trio.

Despite that they have lost only twice, drawn at Arsenal and at home to Liverpool as well as beating Manchester City 2-0.

Tottenham have already been away to seven of the teams currently in the top 11 and should soon be adding to the two away wins as the schedule begins to ease up.