Seagulls could fall to Eagles at the Amex 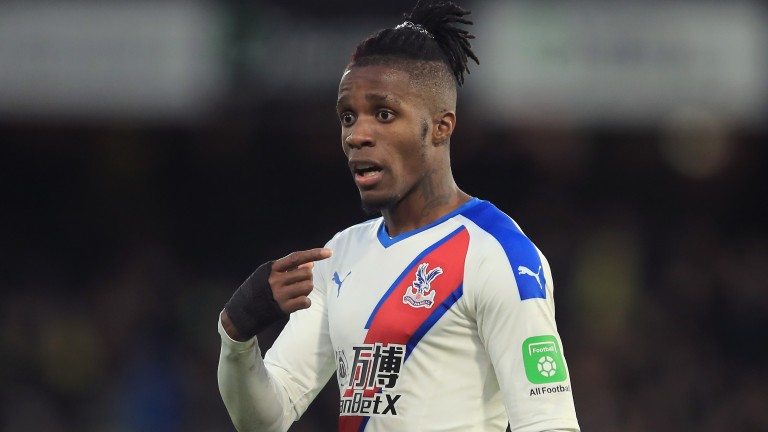 Brighton
Dale Stephens (thigh) is available and January signings Alexis Mac Allister and Tariq Lamptey hope to be involved for the first time.

Crystal Palace
Mamadou Sakho (hamstring) and Luka Milivojevic (illness) are back in contention and Cheikhou Kouyate should shake off an ankle knock. Jeffrey Schlupp (hip) is back in training but lacks match fitness.

Brighton have enjoyed recent success against bitter rivals Crystal Palace, banking seven points from the last three meetings, but they may struggle to come out on top at the Amex this weekend.

The Seagulls are favourites to bank three points as bookmakers continue to have a lot of respect for Brighton, who are often praised for the quality of their football.

However, an attractive style of play does not always guarantee results. Brighton have been on a miserable run, winning one of 12 league games, and are just four points above the relegation zone with 11 games remaining.

Beating Palace would give Albion supporters plenty to celebrate but the main motivation for Seagulls boss Graham Potter is to gain his side some much-needed breathing space.

Seven of Brighton's remaining matches are against teams in the top half, including contests against all of the top three.

The Palace match is one they will be looking to win but Brighton's recent record against relegation rivals is far from impressive.

Since the turn of the year they have failed to win in seven league games, including five against teams in the bottom half.

In their last home game they needed an Adrian Mariappa own goal to salvage a 1-1 draw against Watford and the contest against Palace is arguably more dangerous.

Palace boss Roy Hodgson favours a more cautious approach and the Eagles' 24-goal tally is the joint-lowest in the division alongside Newcastle, Watford and Norwich.

However, Palace have not been in the bottom six at any stage this season and rose to 13th – nine points above the bottom three – with a well-deserved 1-0 victory at home to Newcastle last Saturday.

Injuries hit Palace hard over the winter months but the training ground was a little busier this week with defender Mamadou Sakho, utility man Jeffrey Schlupp and Luka Milivojevic returning to the fold.

Competition for places is increasing up front with strikers Cenk Tosun and Christian Benteke getting back to full fitness and Palace can usually rely on Wilfred Zaha to pose a threat on the counter-attack.

Zaha broke Brighton hearts with a stunning equalising goal in the December 1-1 draw at Selhurst Park and will be looking forward to getting to grips with a Seagulls side who have kept just one clean sheet in the last 17 games.

Considering his ability the Ivorian should be disappointed with his three-goal tally, but he often comes alive in high-profile matches and could deliver a derby victory for Palace, who look overpriced in the draw-no-bet market.

Brighton have kept one clean sheet in their last 17 fixtures.