Brighton can rediscover the winning touch 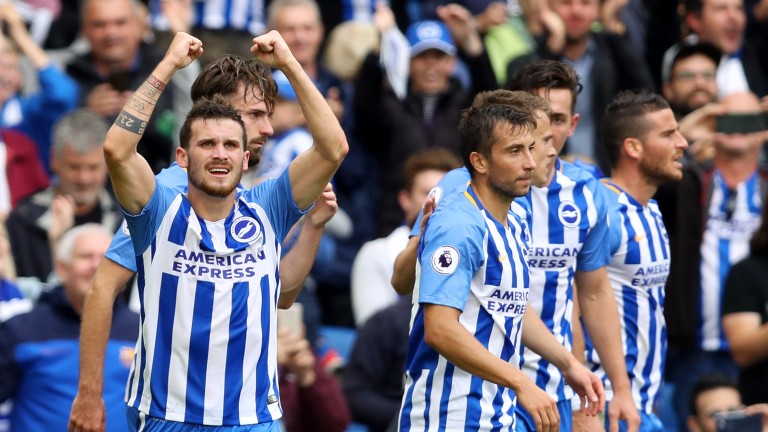 Brighton could have plenty to celebrate
Dan Istitene
1 of 1
By Dan Childs UPDATED 4:14PM, FEB 3 2018

Brighton have posted just one league win in 14 attempts but they can rediscover some of their early-season enthusiasm by beating West Ham.

The second half of the season can be tough for promoted clubs but Brighton have been busy in the transfer market and picked up a decent 1-1 draw at Southampton on Wednesday.

They can approach this weekend with more confidence and have a great chance of toppling the injury-hit Hammers, who are not the same side without Manuel Lanzini and Marko Arnautovic.

Brighton
Bruno (back) returns to contention but Jurgen Locadia is still battling a hamstring injury.

West Ham
Jose Fonte and Winston Reid could return after injuries and Michail Antonio might feature after missing Tuesday's match at home to Crystal Palace for disciplinary reasons. Andy Carroll, Manuel Lanzini and Marko Arnautovic are injured and Arthur Masuaku is banned.

Key stat
West Ham have won one of their last six away games.