Brazil can ease their World Cup hurt against Germany

Gabriel Jesus is a revelation 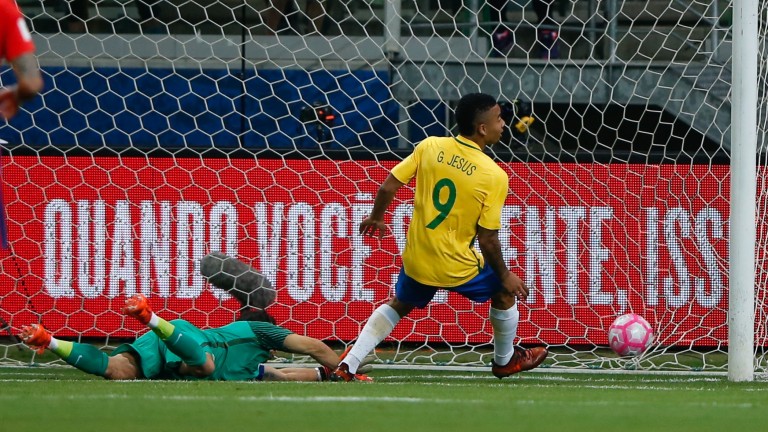 Brazil have waited almost four years to gain revenge for their embarrassing 7-1 loss to Germany in the 2014 World Cup semi-finals but they can get some of the hurt out of their system by defeating Joachim Low's side in Berlin.

It is entirely possible that the nations' paths could cross towards the end of this summer's World Cup finals and Brazil will be keen to ease the psychological damage inflicted by the Germans in Belo Horizonte.

As was the case in July 2014, the Brazilians must cope without the injured Neymar.

But their attacking options look more varied these days with Gabriel Jesus bursting on to the scene, scoring eight goals in 14 internationals, and Willian playing some of the best football of his career.

Philippe Coutinho has struggled to nail down a regular place with the national team but he has started the last two matches and was on target from the penalty spot as the Samba Stars breezed to a 3-0 victory over Russia in Moscow on Friday.

The ease of Brazil's victory over Russia gives them an advantage over Germany, who had to work a lot harder to achieve a 1-1 draw against Spain in Dusseldorf.

It was Germany's third successive draw – following a 0-0 scoreline in England and a 2-2 at home to France – and it stretched their unbeaten run to 22 games.

However, Brazil are on a good run, losing just one of their last 18 matches, and look a touch of value at odds-against with the draw no bet.

Lionel Messi was an unused substitute as Argentina defeated Italy 2-0 at the Etihad Stadium on Friday but providing he is cleared to play after a slight hamstring injury the Barcelona striker could take centre stage when the Albiceleste take on Spain at Atletico Madrid's Wanda Metropolitano Stadium.

Spain remain one of the strongest teams on the continent and could make a bold impression at the World Cup.

They look a better organised team than Argentina but do not have as many world-class individuals and are without key attacking midfielder David Silva, who has gone home for personal reasons.

A closely-fought contest is on the cards but Messi is the best player on show and looks a decent bet to open the scoring.

France are 13-2 third favourites for World Cup glory and can show their quality by defeating Russia in Saint Petersburg.

Les Bleus gave away a two-goal lead when losing 3-2 to Colombia at the Stade de France on Friday but they will be eager to respond and should outclass the Russians, who have won just one of their last seven internationals.