Brazil and Croatia look set for tight scrap at Anfield 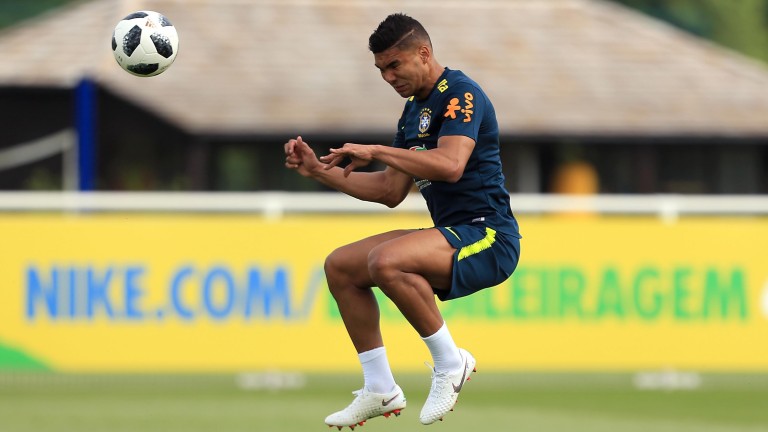 Brazil midfielder Casemiro of Brazil is available for the friendly against Croatia
Stephen Pond
1 of 1
By James Milton UPDATED 2:28PM, JUN 3 2018

The domestic football season is over but that doesn’t mean an end to the action for fans at Anfield, where World Cup favourites Brazil take on classy Croatia in an intriguing friendly clash.

The match kicks off at 3pm, live on Liverpool FC TV, and Brazil coach Tite has suggested that star man Neymar will feature in the second half.

The PSG forward has returned to training after breaking his foot in February and he is available, along with Champions League finalists Marcelo and Casemiro of Real Madrid and local hero Roberto Firmino of Liverpool.

Brazil have a formidable record in friendlies, winning 27 of their last 29 with their only defeat during that run coming against Argentina in June 2017.

England held the Selecao to a goalless draw at Wembley last November and goals could be scarce again.

Croatia’s ten qualifying fixtures produced only 19 goals – 15 for and four against – so their 4-1 playoff first-leg win over Greece was out of character.

The goalless return leg was followed by a 2-0 friendly defeat to Peru and a 1-0 win over Mexico and Zlatko Dalic’s men – 13-5 to upset Argentina and top Group D in Russia – can keep things tight on Merseyside.

Michael O’Neill’s side drew 0-0 with Panama in the first game of their tour – the fourth time in five matches in which they have failed to score – and no goalscorer is a 7-1 chance. The match will be streamed live on the BBC website.

Switzerland, who ended Northern Ireland’s World Cup dream with a 1-0 aggregate win in the playoffs, face Spain in Villarreal without the injured Granit Xhaka. The Arsenal man suffered a knee injury in training but is hoping to be fit for the finals.

Spain walloped Argentina 6-1 in their most recent friendly outing but the Swiss put half a dozen past Panama last time out and they pose an attacking threat of their own.

Spain drew 3-3 with Russia last November and have kept only two clean sheets in their last seven friendlies. Scoring goals isn’t a problem for La Roja, who have found the net 21 times in those seven games, and a home victory with both teams scoring looks a decent bet.