Dutch aces Van Gerwen and Van Barneveld are the dangers 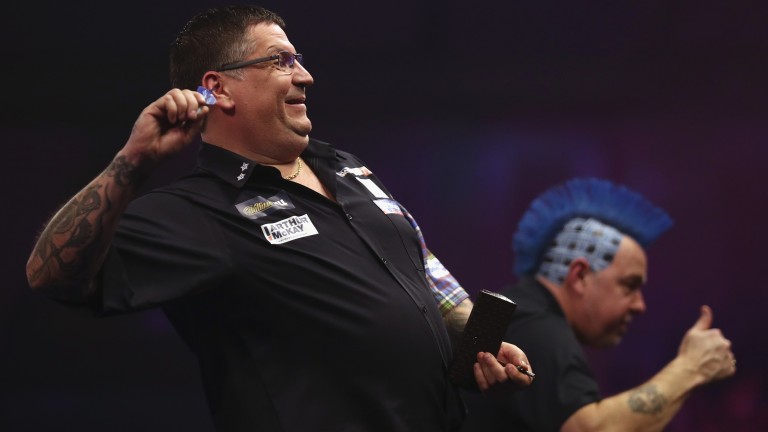 Gary Anderson and Peter Wright were beaten finalists when they last paired up in the Betway World Cup but the Scotland duo can go one better in this year's competition in Frankfurt.

Two years ago Anderson and Wright beat the Dutch pairing of Michael van Gerwen and Raymond van Barneveld before losing in a thriller to England's Phil Taylor and Adrian Lewis in the final.

Wright missed out last year when Robert Thornton teamed up with Anderson and they were undone by Belgium in the quarters, leaving Van Gerwen and Barney and Lewis and Taylor to reach the final where the English duo prevailed.

The Scots are the top seeds this time but only second in the betting behind the Dutch and that makes them the bet, especially as Holland and England are in the other half of the draw. Bookmakers cannot have anyone else with some going 25-1 bar.

The Dutch and the English are the only nations to have won this tournament since it began in 2010.

The case for Holland is always compelling while Van Gerwen is taking part, though England are easier to back this year with Dave Chisnall having replaced The Power.

England's four wins all came when Taylor and Lewis were partners and on the only occasion when that double act was separated – the inaugural tournament in 2010 – the Power and James Wade were humbled by Spain in round one.

Chizzy is playing well and finished the Betway Premier League campaign like a train, but the beauty of the Taylor-Lewis combo was that you could rely on The Power. Chizzy and Jackpot are both far more mercurial and that makes them more of a liability.

As for the Scots, Anderson has headed to Germany having just won the Dubai Masters while Wright, who won the Coral UK Open earlier this year, went on to make the Premier League final, which he should have won.

Scotland open up against Singapore – represented by Paul Lim and Herath Lim (they aren't related) – in a best-of-nine doubles encounter.

There are seven other matches on day one and punters expecting a shock or two should be aware that all eight seeds made it through their openers last year.

Two years ago Hong Kong stunned Wales in the first round and Royden Lam – a hero that night – and new partner Kaifan Leung are worth a nibble at 6-5 against the Russian duo of Boris Koltsov and Alexander Oreshkin.

The Welsh pairing of Gerwyn Price and Mark Webster are certainly too short against competent Finland duo Marko Kantele and Kim Viljanen.